It’s time for the all-important decision of 2013: Where will you go for your next family vacation? As we do each year, we’ve put together a list of our top kid-friendly picks, a list culled from your recommendations, as well as our own research and travel experiences. Several islands, a couple of big cities and an unexpected choice or two are included in our favorite destinations this year. Whether it’s skiing, hitting the beach, exploring the city, or doing a whole lot of nothing your family enjoys, these vacation hot spots are worth a visit. Off the coast of Florida's northeast shore sits pristine Amelia Island. With 13 miles of beaches, this little barrier island has a rich history and a subdued, outdoorsy vibe. Amelia is far removed from the world of Orlando's bustling theme parks and crowded attractions. Families can take in a sailing or kayaking lesson, walk around historic Fernandina Beach or go in search of manatees, sea turtles and whales. The nature center at Amelia Island Plantation has camp programs for kids during summer months. 2013 is a great year to visit, as the Omni Amelia Island Plantation Resort (one of our top picks for family-friendly resorts anywhere) is in the process of undergoing a massive $85-million renovation, set to debut in the spring of 2013. Among many improvements are a new lobby with floor-to-ceiling ocean views, an infinity edge pool off the lobby, a family pool and new dining options.
2/10 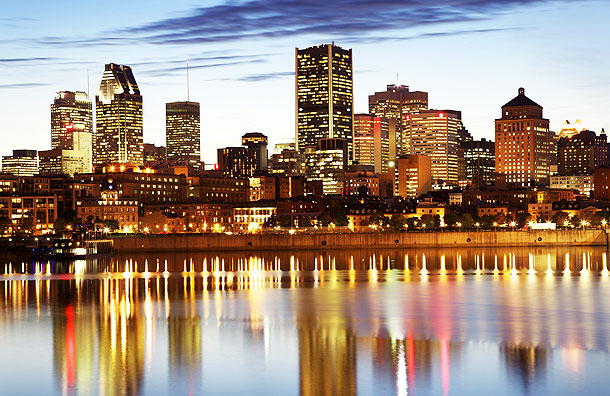 If a family voyage to France isn't in the cards for 2013, consider an attractive and more affordable alternative: Montreal. With its cobblestone streets, marvelous boutiques and creperies, it's the ideal destination for those looking for a distinct change of pace. At Space for Life, kids will love Montreal Botanical Gardens, the Insectarium, and the Biodome, a zoo that brings together five different ecosystems under the same roof. For those looking for a little more action, visit La Ronde, the second-largest amusement park in Canada. From February 21 through March 3, the city will host Montreal en Lumiere, a 10-day event with local food and wine, along with shows, exhibits and concerts. In June 2013, don't miss the Grand Prix Du Canada.
3/10 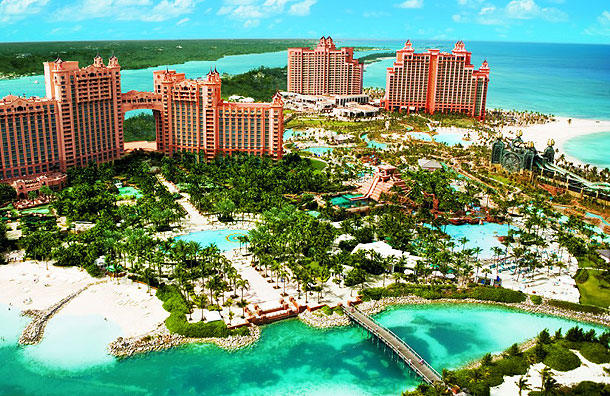 Convenient, relatively affordable as far as Caribbean islands go, and teeming with activities for kids, the Bahamas is not new to must-visit lists. Here you'll find a mecca of family fun: Atlantis Paradise Island, the sprawling mega-resort with killer waterslides, 11 pools, the largest open-air marine habitat in the world and more wow-factor than a kid (or grownup) could ask for. While the highly-anticipated new Baha Mar resort, a $3.4 billion complex set to grace Cable Beach, is not expected to open until 2014, it's generating a lot of fresh excitement for the Bahamas. A Bahamas Cruise is also a great option for families. Princess Cruise Line's new ship, Royal Princess, begins sailing in 2013, and will stop in the Bahamas on her maiden Caribbean voyage in October.
4/10 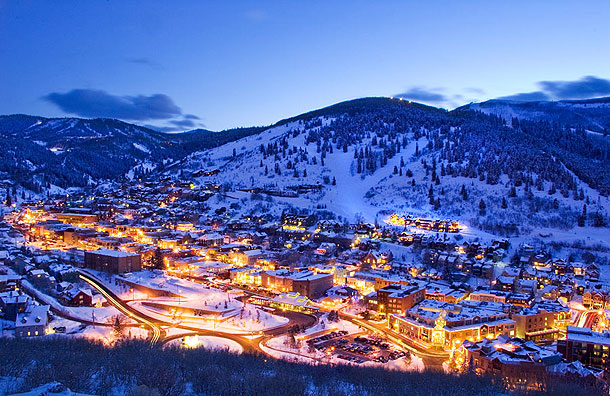 Widely known as a hotspot for skiers and outdoor enthusiasts, and home to the Sundance Film Festival, Park City, Utah has always been a popular destination for families. The addition of new hotels and attractions over the past few years has made it increasingly so. A visit to the 400-acre Utah Olympic Park, a venue for the 2002 Olympic Winter Games, is also a must. In summer months, families can trade in their skis for hiking boots and bikes, and explore miles of biking and hiking trails. Park City is home to the Waldorf Astoria Park City and the St. Regis Deer Valley, two fantastic hotels for families.
5/10 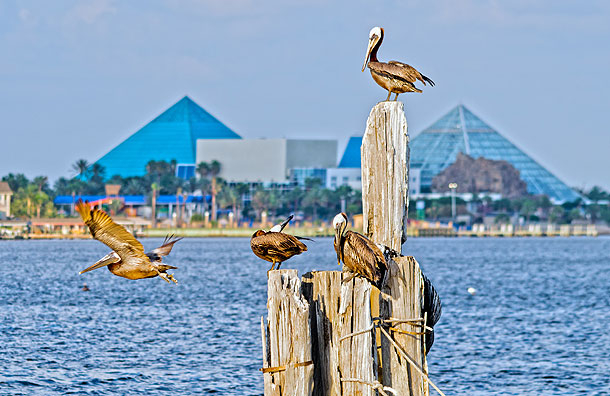 Often-overlooked Galveston Island is becoming more popular with families, for good reason. While the island's idyllic, tranquil beaches are a major draw, Galveston Island offers much more. The 242-acre Moody Gardens is part theme park, part garden and houses its own rainforest, a stellar aquarium, and the Discovery Museum. Schlitterbahn Waterpark will not disappoint, and is open all year, converting in the off-season to an indoor park. Why is 2013 the year to visit? Galveston's historic Pleasure Pier, which was damaged by Hurricane Ike in 2008, has undergone major renovations and reopened in 2012. Check out the 100-foot tall Ferris wheel, two thrilling roller coasters, log flume and the tallest swing ride in Texas: A 200-foot tall swing. You can also combine a visit to Galveston with a cruise to Mexico or the Caribbean; Carnival, Royal Caribbean, Disney and Princess all cruise out of Galveston.
6/10 San Diego has it all. Wander through Balboa Park, visit the Natural History Museum, Air & Space Museum and SeaWorld. Don't forget to venture just outside city limits to LEGOLAND. Families everywhere are eagerly awaiting the arrival of the new LEGOLAND Hotel, set to open on April 5, 2013. The 250-room, three-story hotel will have a large outdoor pool area, restaurant and rooms themed to three popular LEGO lines - Pirate, Kingdom or Adventure. Another of the most popular attractions for families is the San Diego Zoo, home to the beloved giant pandas. Relatively new at the San Diego Zoo Safari Park is the Jungle Ropes Safari, where families can swing through the trees and attempt to cross rope bridges and moving platforms.
7/10 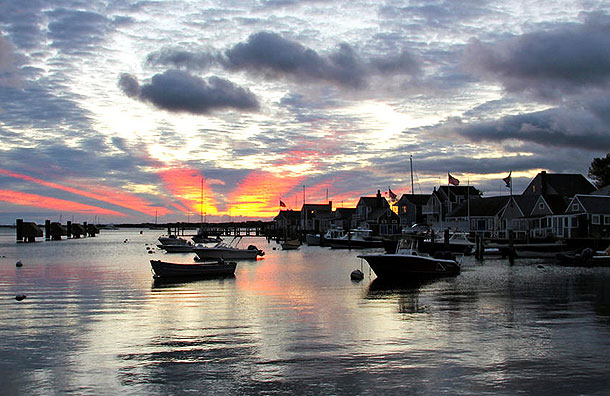 This small island 27 miles off the coast of Cape Cod has long been a darling of well-traveled families, providing just the right mix of rustic charm and luxury. Nantucket is an ideal spot for kids: A place where two wheels are the preferred means of transport, and low-key concerts are on the summer agenda at Children's Beach, near Harbor Town. New hotels on the island are big news, and 2012 saw the arrival of the Nantucket Hotel. The property is the brainchild of Mark and Gwenn Snider, who own the famous (and extremely kid-friendly) Winnetu Resort on Martha's Vineyard. Builders gutted the abandoned Point Breeze hotel, and created a 60-room stunner with two sparkling pools (one just for kids), a children's program and onsite dining at the hotel's Breeze Bar and Cafe. Additions planned for 2013 include a lounge area, fitness facility and a lap pool. If you're planning a visit for 2013, don't miss the Nantucket Wine Festival, May 15 through 19, and the Nantucket Film Festival, June 26 through 30.
8/10 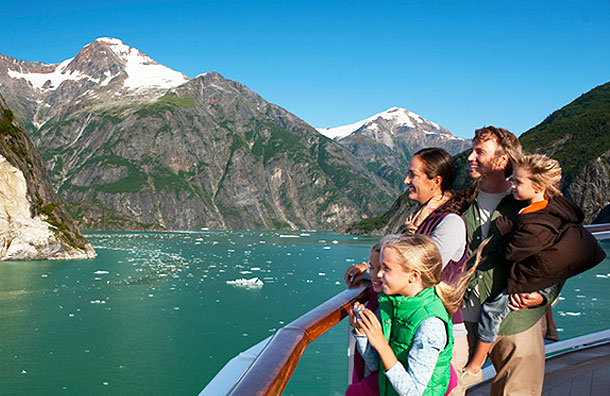 If you're looking for a major departure from your average sea and sand vacation, consider Alaska. A cruise allows you to experience its spectacularly harsh and stunning landscape in a family-friendly way, and with more than two dozen cruise ships sailing these frigid waters all summer, there are options aplenty. Disney Wonder is our favorite choice for families, with departures from Vancouver from May 27 through September 2, 2013. The Adventures by Disney program (an add-on experience) makes otherwise daunting destinations very accessible and kid-friendly. Take a White Pass train ride, pan for gold in Skagway or go dogsledding in Juneau.
9/10 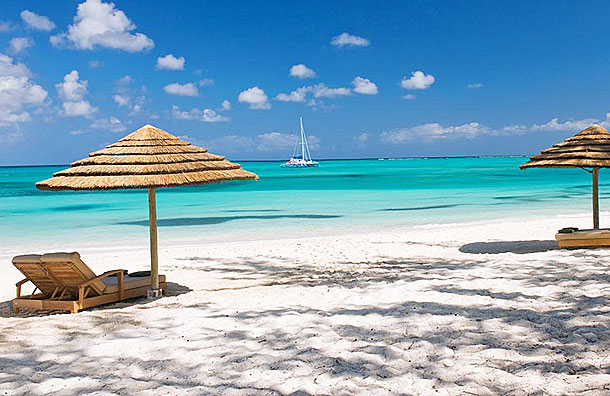 Grace Bay, one of the Caribbean's most beautiful beaches, is worth the trip to Turks and Caicos alone. Calm waters and soft sand make it ideal for families, and there are enough amenities and dining options to keep kids entertained all day. Beaches Turks and Caicos has long been one of our favorite family resorts, especially after the addition of the 162-suite Italian Village and Pirate's Island Waterpark, the largest aqua playground in the Caribbean. Newer resorts like the all-inclusive Veranda, which offers a kids' club, three pools and cottages, as well as recent improvements at the Seven Stars on Grace Bay Beach, mean plenty of great options for families in 2013. A major expansion of the main airport in Providenciales is also expected to start early this year, and will add 80 percent to the size of the existing facility. Direct flights from New York make Provo increasingly accessible as well.
10/10 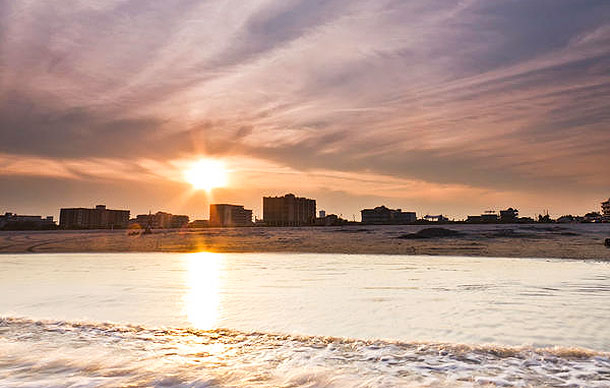 We've all seen footage of the devastation Hurricane Sandy caused when it hit the Northern and Southern Jersey Shores dead on in late October 2012. Some of the region's most beloved attractions, including the iconic boardwalk of Seaside Heights, suffered major damage. But beach towns up and down the coast have already begun to rebuild in anticipation of summer 2013, and a visit to the shore this summer will provide a whole new experience for families. Many tourist areas escaped with minimal damage. In one of the most popular destinations, Wildwood, "The boardwalk and all the amusement piers are completely intact; and a majority of the five-mile island's businesses, hotels and attractions that were open before Sandy arrived are resuming business as usual," according to Greater Wildwoods Tourism Improvement & Development Authority. Atlantic City and the Point Pleasant Boardwalk were also largely spared. 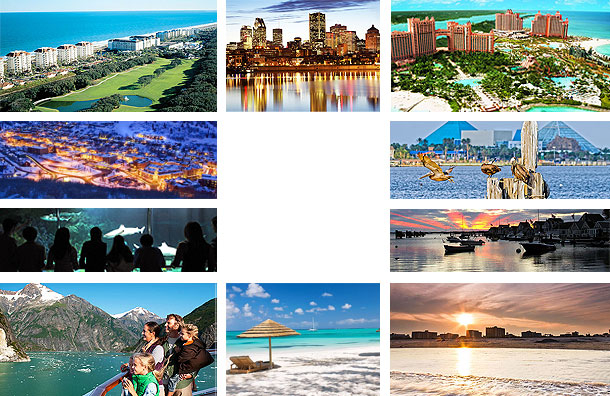 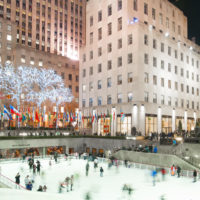