Nestled in the Ozark Mountains and known as “America’s Most Haunted Hotel,” the 1886 Crescent Hotel & Spa has a creepy — and extremely controversial — past.

It first operated as a resort for the elite, and then as the Crescent College and Observatory for Young Women. The college fell on hard times during the Great Depression, and hence closed in 1924. It remained empty and abandoned until 1937, when a man named Norman Baker purchased the building to house his “miracle” hospital for those with cancer, promising patients they’d walk away cancer-free.

But it was all a scam. Norman Baker didn’t have medical training; in fact, he had been convicted for practicing medicine without a license in Iowa years prior. In 1939, he was arrested for mail fraud, having distributed his “miracle” product for thousands of dollars. A full investigation revealed Baker had defrauded patients of nearly $4 million dollars, all told. Many of Baker’s patients never returned home after they checked in to the hospital; it is believed they died and were buried on the property.

There are at least six ghosts said to haunt the hotel, which reopened in 2002. Nightly ghost tours are offered to both guests and the general public, and include visits to the morgue, where Baker used to store cadavers and other body parts for “research.” For years, the former morgue acted as a storage space during the day and a stop on the tours at night, but in Sept. 2013, it was reopened and solely dedicated to the tours, which draw thousands of visitors each year.

The 1886 Crescent Hotel & Spa is a member of Historic Hotels of America, and although it is most famous for its ghost tours, it also features the New Moon Spa and Salon, a hot tub, swimming pool, three onsite dining options and 72 elegantly furnished rooms, suites, penthouses and cottages. For families of four or five, the Double Double Room and Governor’s Suite are best; the Double Double Room has two double beds, and the Governor’s Suite has two king bedrooms. Rollaway beds are available for a fee per day. The suites and penthouses feature mini refrigerators and microwaves. Cottages offer more space, and each one has two bedrooms. Pet-friendly accommodations are also available.

The hotel is located on 15 acres of land in Eureka Springs, Ark., about 50 miles from Branson, Mo.

a lot of money for a property in disrepair

we were in Eureka Springs last weekend for a wedding with a reception held at the hotel. The staff did a great job with the reception and breakfasts but we paid a fortune for the room, with a resort fee and lots of tax, and this was after negotiating the rate down, based on the wedding rate. I expected old but the bathroom , sink and shower were almost not usable--trickle of water in a disgusting old tub with a dirty curtain and no drain stopper in the sink. The heat was from a very noisy window unit so not a lot of rest over two nights. We were not informed that the sister property could have been booked for about half what we paid. This hotel needs renovations. We stay about 50 nights a year in hotels and this rated at the bottom.

Our stay was outstanding! We rented a cottage & was gorgeous, the 4 of us was really impressed & definitely will be back!
The food at the Crescent Hotel was wonderful.. We all loved it & enjoyed our stay, same price as a hotel for cottages if split ???? 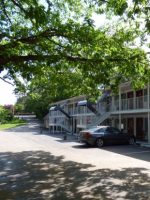 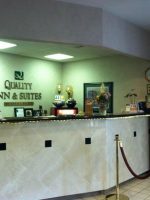 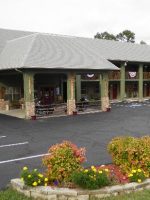 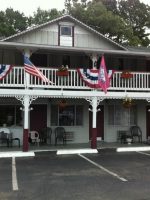 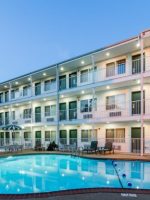 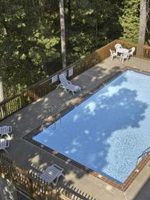 See All Other Arkansas Hotels