More affectionately known as Kate’s Cottage, the Claddagh Arts Centre has been able to merge local artworks with a replica of a Claddagh thatched-roof cottage. The Claddagh people, who lived in Claddagh Village Ireland’s oldest fishing village, were the main fisherman in the area for centuries. The word Claddagh means “stoney shore,” which is fitting along Galway’s coastline. The traditional Irish Claddagh ring, known around the world for its symbol of love, loyalty and friendship, originated in this village.

Richard Joyce, a silversmith and eventual goldsmith, is said to have created the ring design while in captivity and once released, he brought his creation back to Galway and gave it to his sweetheart, whom he later married.

But as Galway began to grow and expand in the early 1930s and commercial fishing became more popular, the poor Claddagh people and its original village were forcibly removed, allegedly because of the spread of disease. There is still a village situated along Galway Bay, called the Claddagh, but it’s a small, modern residential village that is no longer home to the thatched roof cottages that once stood here.

Kate’s Cottage was created and sits in the middle of the village (ask for directions — you could easily drive in and out of the Claddagh without realizing it) to show visitors how the Claddagh people once lived.

Kids will love to see the fisherman’s tools and hear the stories of how between 11 and 14 people lived and slept in the small home and all the animals were brought inside to sleep at night as well. Families can enjoy a turf fire in the stone fireplace and maybe some tea and scones at the attached Arts Centre before browsing the unique art pieces, jewelry (you will find unique, vintage Claddagh rings here sometimes) and antiques and photos from the Claddagh people.

Families could easily spend an hour or two here.

Monday through Saturday 10 a.m. to 5 p.m. Reservations are suggested.

Inquire at booking about possibly incorporating the Claddagh into your Galway Bay Boat Tour.

Tea and scones are served and included in the experience. 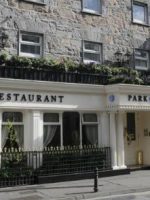 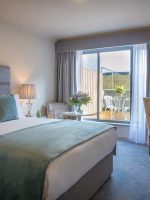 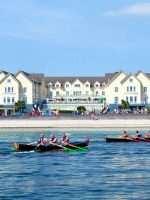 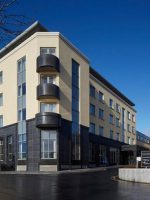 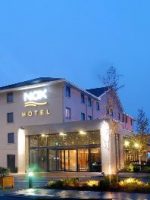 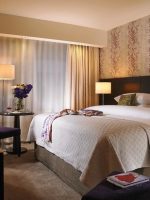 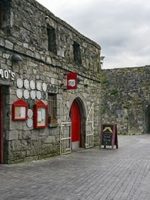 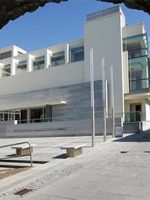 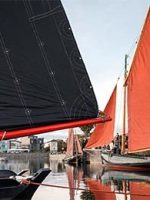 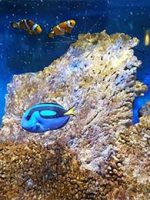 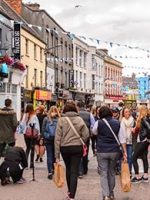 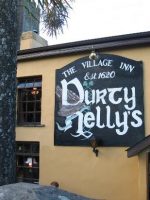