Levi’s Stadium opened in August 2014 and is home to the San Francisco 49ers professional football team. The stadium is located in Santa Clara, about 50 minutes outside of San Francisco, near San Jose. The stadium hosts games, as well as large events and concerts. Families can tour the 49ers Museum while at the stadium, too. Learn about legends like Joe Montana and Steve Young and then take pictures in the Augmented Reality area. The In the Game Area will really get families moving with its motion-detected activities. Guests can be a uniform designer, a cheerleader, or a quarterback, and can score a touchdown — be sure to show off your best end zone dance! The museum is open daily, but closed during home games; hours vary on game days. Admission is $15 for adults and $10 for children 5 to 12; kids 4 and under are free. 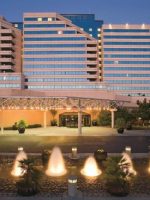 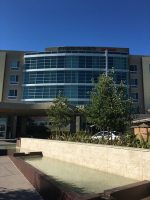 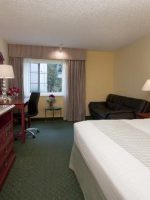 See All Other California Hotels