The Liberty Bell offers visitors an interactive experience filled with history about the Bell. Admission is free, and the lines usually move quickly. People do stop to take photos in front of the Liberty Bell. We saw children of all ages at the Liberty Bell. The Liberty Bell was a crown on Independence Hall. It was placed there in 1776, and on July 8 of that year it rang loudly summoning the people of Philadelphia to hear the first public reading of the Declaration of Independence. The bell was ordered by the Pennsylvania Assembly in 1751 to commemorate the 50-year anniversary of William Penn’s Constitution.

What makes this bell so recognizable is its crack. There is a lot of discussion on how the crack was formed, and no set conclusion. It was taken down from Independence Hall in 1846 because the expansion of the crack rendered it unringable. 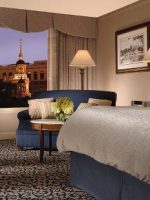 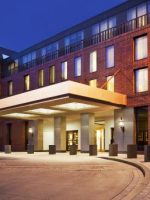 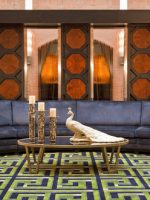