The Old Jail Museum, located in the small town of Jim Thorpe, Pa., is the perfect way for any haunted history enthusiast to spend a few hours. The Old Jail, built in 1871 and used as a prison until 1995, is thought by many of the museum’s staff and visitors to be haunted.

Its history is fascinating, and guests who choose to take the seasonal tours learn about the jail’s tarnished history, and about the Molly Maguires — seven Irish coal miners who may have been unjustifiably executed for their involvement (or lack thereof) in the murder of several local coal mine bosses, following the Civil War.

Tours of the jail’s cold, dark hallways and 27 cells occur seasonally from Memorial Day through Oct. 28. Participants are taken on a complete tour of the grounds, and even get to see Alexander Campbell’s ghostly handprint.

It is said that Campbell put his hand on the filthy floor of his cell, then left the handprint on the wall, proclaiming as a testament to his innocence, the handprint would forever remain on the wall. Despite past wardens’ efforts to remove it by way of washing, painting, and even removing pieces of the wall, the handprint has remained intact and visible for all the world to see. 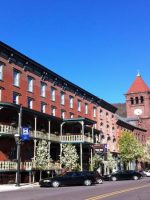 The Lodge at Woodstone Country Club 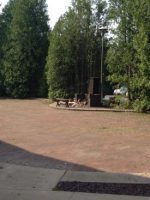 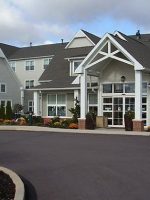