Universal’s CityWalk is a short stroll from the parks and there you’ll find a variety of restaurants including Bob Marley’s, Emeril’s, Jimmy Buffett’s, Bubba Gump Shrimp Co., Latin Quarter, NASCAR Sports Grille, NBA City, Pastamore, and the Hard Rock Cafe. The Orlando Hard Rock Cafe has more pieces of rock and roll memorabilia than any other location (it’s also the biggest Hard Rock Cafe anywhere) and has plenty of family fare like burgers, nachos and steaks. Also in CityWalk is Hard Rock LIVE, a 3,000-seat concert venue where you can catch big-name bands as well as other, smaller events. Karaoke lovers will want to visit the 440-seat club/restaurant Rising Star, where you can sing karaoke nightly, complete with backup singers and a host. At CityWalk you can also see Blue Man Group, or catch a movie at the 20-screen IMAX theatre there. 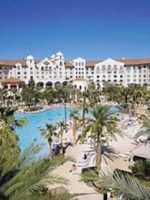 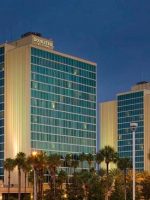 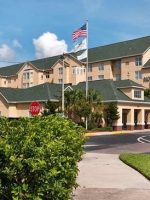 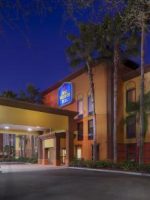 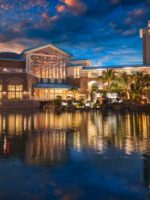 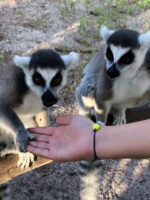