Paris is best known for its mind-boggling wealth of art. Start at the Centre Pompidou and the National Museum of Modern Art, where the kids will like the long tubes that line the exterior of the building. The museum houses a history of 20th-century art from Kandinsky’s colorful abstracts to Sonia Delauney’s musical circles to my son’s favorite, the anthropomorphic objects in the spare painting of Yves Tanguy. (Place Georges Pomidou, 75004, Paris)

Then work backwards in time to the Musee d’Orsay, the one art museum I would not miss. This converted railroad station is home to an incredible collection of Impressionism and Post-Impressionism works from Monet, Manet, Degas, Renoir, Cezanne, Gauguin and a whole wall of van Gogh’s. (1 Rue de la Legion d’Ã‚™Honneur, 75007, Paris)

Finally, it’s off to the most elaborate art museum in the world, the Musee du Louvre, to see “Mona Lisa” and the armless Greek antiquity (check), the Venus de Milo. The Louvre is so large and filled with so much art that entire collections remain in the basement until they can be rotated into current exhibits and entire wings are randomly closed (the museum just cannot employ enough to keep every wing open). Ask, upon arrival, so you won’t be disappointed. During our visit the Egyptian wing was closed, a major faux pas to miss, as it’s the largest collection of antiguites outside of Egypt. (Mo Palais-Royal, 75001, Paris) 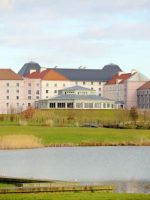