In Puerto Plata, many of the newer resorts, like the all-inclusive Be Live Grand Marien, are on the powdery white sands of Costa Dorado. The mix of Americans and Canadians slurp margaritas by the large pool, take a Hobie catamaran or sea kayak out in the water or stroll along the beach, which never feels crowded — even during the peak travel weeks of Christmas and Spring Break.

Just came back from one of the best holidays in a long time. Be Live gives you all the tools to have a fantastic time. The staff are friendly from the beginning at check in to the moment you get back on the bus to go home. The food is good and plentiful, with the specialty restaurants being easy to book and go to. The drinks are good and the bartenders are amazing....for the first time EVER our bartender at the pool bar was mindful and asked how much alcohol I wanted in my drink....not just kill me with mostly rum lol. I did appreciate this. He also went out of his way to obtain mint to make us mojitos one evening. I can’t say enough about the staff and this hotel. For us it was perfect. Thank you to Lois the manager for running such a great hotel.

Meh. Needs an Update...or Something

I visited this hotel for a two day stay with my husband and another couple. We enjoyed the stay, the pool was great and the grounds were nice, but overall the experience was "meh".

We did two a la cartes during our stay, Rodizio, Brazilian and Mylos, international. The rest of our meals we had at the buffet. Of all the food, our group all agreed that the brazilian was by far the best with freshly barbecued turkey, beef, chicken, pork and salchicha. The service was excellent as well on this night. Our experience with Mylos was just average. Just a note that we ate all of our meals in the same area due to the first week of November still being low season. So although the food was different, the venue was always the same. The snack bar, buffet and nightly restaurants were all running from the same kitchen. I feel like the experience would have been slightly heightened by enjoying meals in their intended dining areas, as each is designed to contribute to the overall atmosphere.

The pool area was my favourite part of this resort. The pool is very large, sectioned into three circles with lots of space for swimming and lounging. There were enough palapas for everyone who wanted one, although I'm sure this would be different during high season. Cleanliness was good, and the pool appeared to be freshly painted. They should consider some anti slip material along the entrance to the water at the shallow area as I found it a bit slippery and I saw several others having a near-whoops as well.

The entertainment was okay, but just okay. We saw a lot of the entertainment staff around 10 in the morning but then who knows where they went...? Participation was pretty much up to those who seeked to participate since it wasn't always clear what was happening and where it was happening. On Thursday they started "crazy games" and then it just fizzled out without any kind of supervision. The nightly shows were good, I enjoyed the stage shows and appreciated the effort the entertainers put in.

Housekeeping. This was definitely the downfall of this resort. Our room was musty, and I think that perhaps a lot of the smell issues stem from the lack of air circulation while the room isn't being used. The grout of the tile floors in our room were black with mildew, you could see the color difference between areas that were consistently wet from mopping and areas that were relatively untouched over time. And washrooms in the public areas were NEVER CLEAN, and I would say gross. The snack bar/buffet area washrooms were the dirtiest I have ever seen in any Puerto Plata resort (I have been to 4 resorts in the area) and the washrooms at the pool bar were similar.

Overall, I would say that this resort is showing its age and needs an update, particularly in the rooms. The common areas were somewhat stylish, including what seems to be a newly designed buffet area (although we didn't have the opportunity to eat in that area since it is also closed during the week throughout low season). There needs to be more attention to detail, as some small things which may seem "okay" by some standards are not up to par when hosting guests from throughout the world. The missing hair dryer in our room, the awkward placement of the toilet paper holder and an ice cream freezer plugged into a hastily arranged electrical outlet come to mind.

Would I come back to Be Live? It definitely would not be my first choice again in Puerto Plata, although with an update this hotel has so much potential given its beautiful grounds and fantastic pool. 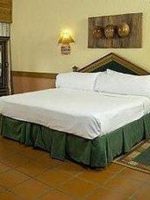 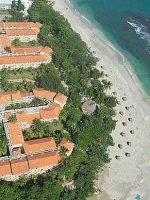 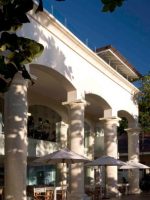