Many kids experience at least a passing fancy with dinosaurs once in their lives, and it’s little wonder that these prehistoric creatures continue to captivate the imagination, even into adulthood: their mind-boggling scale, purported fierceness and biological diversity spark our imagination and curiosity.

And then there’s the segment of the population for whom paleontology blooms into a lifelong obsession. My 9-year-old son fits that category. Since he was very young, he’s absorbed every dinosaur book he has gotten his hands on. His favorite shirt proclaims the gospel he’s been trying to spread among his elementary school friends for a few years now: “Real Dinosaurs Had Feathers.” And because of his ongoing dino-enthusiasm, we’ve even planned family trips solely around dinosaur-themed itineraries.

Museums throughout the world have stepped up to bolster dinosaur enthusiasm, offering a peek at towering fossil reconstructions, interactive exhibits and behind-the-scenes glimpses of the field research that continues to contribute to our understanding of dinosaurs today.

Particularly in the Western U.S., you’ll find many active dig sites that invite volunteers and paying visitors to work side by side with paleontologists to unearth fossils and learn more about the prehistoric world that flourished over 65 million years ago.

Ranging from state-of-the-art museums to field research opportunities, these dinosaur-themed family vacation ideas are sure to please even the most discerning junior dino experts.

Editor’s note: Some attractions may be temporarily closed or operating on an altered schedule due to the pandemic. Save these ideas for when it’s safe to travel again, and always follow all COVID-19 restrictions, rules and, safety regulations both at your destination and upon returning home.

This 486-mile road trip winds through the rugged, red rock terrain of Price, Vernal and Moab in eastern Utah, joined with a stop in western Colorado at Fruita and Grand Junction. It’s here that dinosaur fever first took hold in the U.S., starting with the excavation of Brachiosaurus, Diplodocus and Apatosaurus bones in the early 1900s. We’ll explore what visitors can find at some of these stops below, but for true dinosaur fans, a weeklong road trip combining several of these stops can make for an ideal summer vacation.

Given its national monument designation by President Woodrow Wilson in 1915, paleontologists made some of the first fossil discoveries here starting in 1909, and over the years, this area has been described as a “fossil candy shop,” boasting an impressive deposit of Allosaurus, Apatosaurus, Camarasaurus, Diplodocus and Stegosaurus bones. Explore the “wall of bones” at the Quarry Exhibit Hall—a preserved cliff face encrusted with a collection of 1,500 dinosaur fossils.

Considered to be “the densest concentration of Jurassic-aged dinosaur bones ever found,” this quarry essentially functioned as a mud trap for prehistoric carnivores—particularly the Allosaurus—a mystery that continues to confound scientists. Visitors can see bones embedded in rock in onsite excavation buildings to see what a real dig site looks like, as well as roam the surrounding trails.

Throughout the western United States, you’ll find day- or week-long dig site opportunities, particularly in the summer months. But many cater primarily to older children, teenagers and adults. Dinosaur Journey welcomes children as young as 5 to go out on an active dig—or even to work inside the museum’s paleontology laboratory preparing fossil specimens. My son and I participated in this experience before he started kindergarten, and the experience of holding a newly unearthed Apatosaurus bone in our hands remains a top travel moment of all time.

Related: 9 Historic Sites Your Kids Won’t Learn About in School

Several interesting dinosaurs used to roam the lands of present-day Montana, including Edmontosaurus, Deinonychus, Pachycephalosaurus and Maisaura—which is the state’s official fossil. Fourteen different sites comprise the Montana Dinosaur Trail. Highlights include the Great Plains Dinosaur Museum in Malta, which offers both a junior paleo field experience and a lab experience for children as young as 4, and the Two Medicine Dinosaur Center in Bynum, which hosts summer field digs with no age minimum.

The state of North Dakota boasts eight different stops on its statewide Dinosaur Tour for families to enjoy, including stops at the Badlands Dinosaur Museum, which displays fossils collected from active dig sites, as well as a window into a laboratory where you can observe fossil preparation in progress. Full skeletons of Stegosaurus, Allosaurus, Triceratops, Edmontosaurus and Albertosaurus are on display. The North Dakota Geological Survey invites the public to participate in summer dig programs in Bismarck and Medora. Generally, the minimum age to participate is 15, but on Family Days, kids as young as 10 can get involved.

The Canadian Badlands region has been known as a rich source of dinosaur fossils since 1884, with the discovery of the appropriately named Albertosaurus, a tyrannosaurid whose remains were found along other fearsome carnivores like Gorgosaurus and Daspletosaurus in the area. Most recently, this region made paleontological news again for the discovery of a new tyrannosaurid: the “reaper of death,” a smaller and older relative of the T. rex. Make your own discoveries with the help of the Royal Tyrrell Museum, which offers age-appropriate tours and activities, such as fossil casting and an express dinosaur dig. Dinosaur Provincial Park offers a guided Centrosaurus Quarry Hike (ages 7 and up) and a Fossil Safari.

The Wyoming Dinosaur Center is a young paleontologist’s dream, with dozens of mounted dinosaur skeletons and an onsite fossil preparation lab. Kids can participate in a dig-for-a-day program (no minimum age)—or for families who are time-crunched, four daily dig site tours are scheduled to get visitors in the field without having to get dirty. Want to explore dinosaurs even further? Enroll your high schooler in the center’s five-day Dinosaur Academy offered in the summer.

The star attraction of this state park for dino-philes is the huge rock slab marked with prehistoric footprints—one of the largest collections of preserved dinosaur tracks in the world. Though fossil remains have not been discovered here, scientists believe that the tracks were made by a Dilophosaurus-type dinosaur 200 million years ago.

Perhaps the most famous dinosaur skeleton in the world, the Field Museum’s “Sue” is a 90 percent complete T. rex skeleton, the largest discovered to date—and she should definitely go on your dino sightseeing list. The skeleton is named for Sue Hendrickson, who first discovered the bones in South Dakota in 1990. In recent years, museum staff have reconfigured Sue’s skeleton to reflect scientists’ evolving understanding of dinosaur anatomy.

The American Museum of Natural History Dinosaur Gallery was unveiled in late 2017 at COSI, featuring a 6-foot-long mechanical T. rex model that walks in place, to help visitors imagine how these prehistoric predators might have moved, plus a full-scale Oviraptor nest (with 20 eggs) that kids can climb on.

Though it may not be as educationally enriching as a day at the museum or a dinosaur dig site, a visit to the T-Rex Cafe in Disney Springs is just plain fun. Operated by Landry Restaurants, T-Rex Cafe is similar to a Rainforest Cafe, populated entirely by prehistoric creatures. Order up an on-theme Boneyard Buffet with a Chocolate Extinction dessert and enjoy the “meteor shower” every 15 minutes, which makes the life-sized dinosaurs roar and come to life. Even for my highly discerning dinosaur expert, it was a memorable experience. Note: advanced reservations are recommended.

• 8 Best Places for Stargazing in the U.S.
• 11 U.S. Road Trips Kids Should Experience Before They Grow Up
• 10 Best Overnight Farm Stays
• 7 Places to Celebrate the Women’s Suffrage Centennial in 2020
• 17 Free Things to Do in Atlanta With Kids 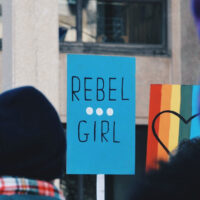 7 Places to Celebrate the Women's Suffrage Centennial in 2020