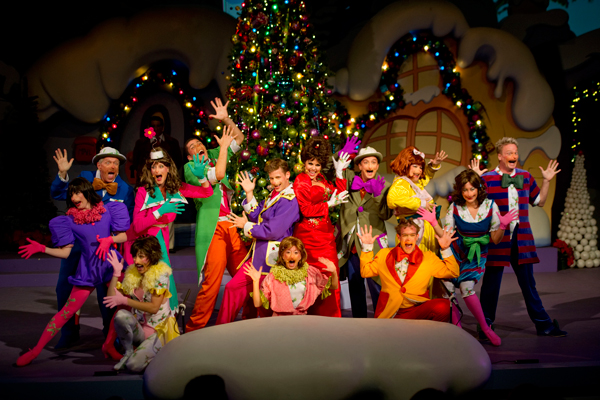 Universal Studios Hollywood
At Universal Studios Hollywood, Grinchmas will take place on select dates, usually from (depending on the year) around Dec. 5 to Jan. 3. Families have a chance to meet The Grinch and his dog, Max, and get pictures with the beloved characters. They also enjoy story time with another beloved character: Cindy Lou. Other highlights include cookie and ornament decorating at Universal Plaza, and perhaps best of all, a Studio Tour Backlot Grinchmas Who-bilation of Who-Ville, where Whos will sing and dance! 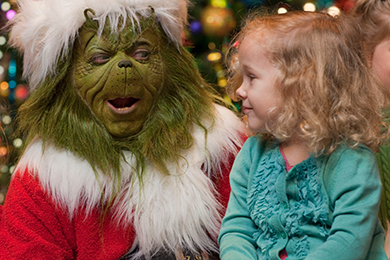 Universal Studios Orlando
At Universal’s Islands of Adventure — in Seuss Land, of course — Grinchmas also take place from roughly Dec. 5 to Jan. 3. In addition to meet-and-greet experiences with the storybook characters, families have a chance to attend The Grinch and Friends Character Breakfast at Circus McGurkus Caf? Stoo-pendous (additional fees apply). At The Grinchmas Who-liday Spectacular, visitors will witness a live retelling of the holiday classic, complete with whimsical music.

Standard park admission is required to attend all events.

More From Family Vacation Critic:
How to Save at Hershey’s Christmas Candylane
6 U.S. Christmas Markets for Families
10 Polar Express Train Rides for Families