Near Sturbridge, Massachusetts and its Old Sturbridge Village on the border of Connecticut and Massachusetts, this Comfort Inn provides a budget-friendly place to stay for your weekend road trip. Guests receive free hot breakfast and Wi-Fi and can enjoy a seasonal outdoor pool or year-round, heated indoor pool. Onsite dining is available at the hotel’s restaurant. Guest rooms have small refrigerators and coffee makers and are outfitted with a king bed and sofa bed or two queen beds.

We booked this hotel for a long awaited mini-escape (surprised to find the lowest rate through TripAdvisor!) The gentleman who checked us in was quite friendly and wryly humorous, and it was a good start to our stay. We had a king suite, which we found to be spacious, orderly, and clean in appearance. The room was extremely quiet and it seemed that the room doors generally didn’t slam loudly shut as seems often the case in hotels. Our first night was peaceful and without incident.

The following morning, the large light over the vanity counter in the bathroom went out. A report to the front desk quickly brought two housekeeping staff members to our room. They fiddled with the bulbs for several minutes with no success, and this precipitated them being joined by the manager on duty. After some time, they determined that the ballast in the light had failed. Shortly thereafter, I received a call from the front desk indicating that we would have to change rooms and offered help from the staff to do so. Since we were staying for three nights, we had unpacked and stowed the multitude of my wife’s clothes, our soft drink and snack supplies, etc., and I had barely begun to re-pack everything when the staff appeared to move us out. It would have been nice if they had given me five or ten minutes to accomplish what I needed to do before they arrived. Oh, well!

The “up” side was that we were “upgraded” to a queen suite that included a fireplace, which we did not use, and a Jacuzzi, which my disabled wife enjoyed immensely several times. The upgrade, however, was not without its downside. Unless it was guided shut, the room door slammed, as did others nearby. In addition, there appeared to be a problem with the door mechanism, and it took some troubleshooting to determine that in order for the key card to function, the handle had to be lifted up before the card would work properly. Apparently, the same problem existed with the door to the adjacent room as I noticed the occupant there having the same difficulty. In addition, the handle on the exit door at the south end of the building would stick in an open position and remain unlocked at times, which did not give one a great sense of security. This was more concerning given that there appeared to be no security cameras in the stairwells or on the second floor where we were staying. I did report the exterior door to staff that evening, but the issue was not addressed while we were there. The night clerk tried to fix the room door on the third night, but she had no success. The mechanism was either too old or simply lacked proper maintenance. (I was informed by the property sales manager in an email that they have a new, full-time maintenance person, which is great, but a little late for us.)

Overall, the room was satisfactory, but the sink drained slowly, again probably due to lack of maintenance, and the cheap but antiquated “low-flow” showerhead does not compensate for the reduced water flow like newer fixtures can. It seems counter-intuitive to save a third of the water when one has to run the water twice as long. Also, if rain or snow keep you inside the room, be aware that television channels are supplied by a dish, and you can be sure that channels will cut out or disappear during any inclement weather.

The staff was terrific, as mentioned in other reviews, from management to the clerks and the folks tending breakfast in the morning. The only exception was that our room was not visited by housekeeping in the second day even though we were out of the room for over three hours from late morning to early afternoon. When I called the front desk about the issue, they rang back saying that the housekeeper who was supposed to do our room claimed that we had left the “Do Not Disturb” hanger on the door. This was NOT true, and we made certain to hang it back inside the door when we went out around 10 A.M. (Having briefly managed a small motel in the past, I am acutely aware of both the hangers and housekeepers who try to cover their tracks.) In any case, someone was sent to quickly clean up the room, but it was yet another inconvenience that we should not have had to deal with.

Beyond the room, breakfast was somewhere around average, although they could have at least brought the mini Danish to room temperature before putting them out. Fresh fruit consisted only of apples, at least during our visit, and the “cooked” food was the same each morning: scrambled eggs, bacon and sausage. Coffee was available 24 hours a day, and the regular was good, although the “Wake Up” regular coffee could also be used as a rust remover.

We did not use the pool facilities, but everything in the area looked clean and well appointed. And the location of the hotel is excellent with regard to access from several highways and proximity to the few attractions in Sturbridge. (A bonus for us was the Cracker Barrel within quick walking distance.)

Overall, it was nice to get away, and our stay could have been much worse, I’m sure, had it not been for the generally great staff and the room “upgrade” we received when there were issues with the first room. On the other hand, I think I would have to be reassured that the building itself was better maintained and more secure before I would stay again.

Check in ladies were very pleasant. Room was clean. Bed was comfortable. The towels were on the thin side. Our room had a counter area above the refrigerator where the microwave sat. There was plenty of counter space next to the microwave to prepare our food. We had a second floor king, non smoking suite.

Pool was not a salt water pool as it said on their website. (This was the whole reason we choose this hotel over others.) It was also not as warm as I expected it to be for it being a heated indoor pool.

There was a nice workout room.

Sorry, some pictures from my phone loaded sideways. 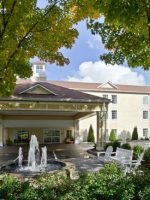 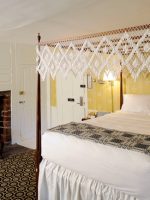 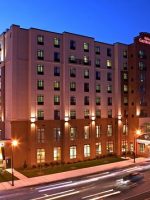 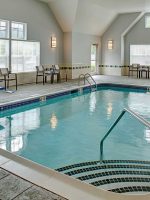 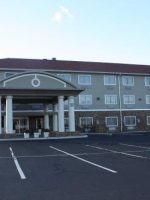