Guests desiring luxury in amenities in a convenient location near art galleries, theatres and museums will find the Courthouse Hotel Shoreditch to be an excellent place to stay. This family-friendly luxury hotel is near London Fields, the Barbican Arts Centre, The Gherkin and the Museum of London. Family Rooms that can accommodate three guests are available and are great options for smaller families. Family-friendly amenities include an indoor swimming pool, an onsite bowling alley, extra beds, cribs and complimentary Wi-Fi access. Guests can dine onsite at the Judge & Jury Restaurant.

Clutching defeat from the claws of victory!

This hotel should be amazing (the building is great and it’s not cheap!) I booked a suite that should sleep 4 for 3 sisters. The room was lovely. The lobby and bar area lovely. Things are looking very good!

Unfortunately, however, the service was hopeless!

We dropped our bags at the hotel early and went out on return we were told our bags were in our room. They weren’t and they took about 15 minutes to ring them up, as they had been put with bags of people who had checked out.

The room was set up for 2 people only. I advised reception and ask that they make it up for three whilst we went out for the night. On our return a few extra random bits of drinks stuff and some extra shower gel has been dumped inside the door (not put in the bathroom or on the drinks tray). No additional towels, or cups, glasses or water, biscuits etc. I reported this and a man brings a mug! Still no towels or the rest of the things a £400 room should be expected. He then brought up some more milk. Still no towel, glass, water etc.

By now we’ve realised the hot water in the tap of the basin was only tepid. Turns out the water in the shower was hot, but when we reported it nobody said and I didn’t think to check.

We used the spa. The pool was too cold. The steam room out of service. The jacuzzi and jet not working. Not staffed, so had to go behind the counter and find towels in a cupboard!

I spoke with the duty manager. I would describe her response as dismissively apologetic. She would look into it. She said she’d checked the jacuzzi herself that morning and it worked (she didn’t say why she’d checked it!). I assured her it didn’t work when we and another couple tried it.

It would take very little to make this stay amazing, but sadly it fell short of the mark.

On a funnier note, I ordered a port in the bar. The barman, clearly inexperienced, provided me with a large glass of it, having poured it like red wine!

This hotel has decent size room, and the rooms are quite comfortable. So far so good.

However the service is a disaster and the staff not helpful.
They managed to lose me some clothes I put at laundry, and also wanted to charge me for it ! There was also one day where I had 0 towel in the bathroom I guess room service forgot to change them.
I had booked for one week but had to stay another week. I asked one of the staff if I had to change room they said no need, but the day after they wanted me to change room.
Staff is never the same at the reception, I think they are not well trained and motivated I would assume turn over is quite high.
A hotel to avoid. 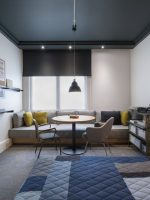 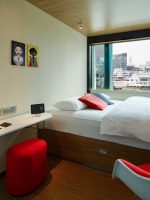 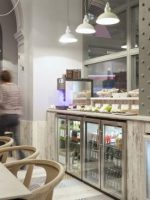