The Flamingo is a four-star hotel by the beach, with a stylish American theme. It has four room types: two-bedroom, three-bedroom, deluxe and presidential. The hotel has a range of family-friendly features, such as the outdoor pool, the outdoor Jacuzzi and sun loungers on the beach. There is also a kids’ club with activities and a ‘kiddy corner’ soft play area outside, which has slides and play houses.

Dining options include international cuisine at the Flamingo Cafe, al fresco dining at the Hotel beach bar, and high tea or light snacks at Flamingo Theque. There are spa and gym facilities for guest use, and there is a handy shuttle service to Batu Ferringhi and urban areas. Wi-Fi is available throughout the hotel.

I've just returned after spending five consecutive days, spread over two separate bookings at this hotel, and I haven't experienced this much negativity in a very, very long time. The hotel staff, especially the ones at front office and housekeeping (the ones who spoke with customers and took the phone calls and made decisions, not the ones who actually did the day-to-day chores) certainly did their best to make me feel unwelcome, and give a distinct feeling that they're doing us a favour by allowing us to stay on their property. Here's a summary of my three most upsetting experiences:

1. Currency exchange: Although it prominently displays the exchange rates at the reception area, the lady-in-charge told me she wasn't able to change a hundred USD, as 'they didn't have enough cash', I was made to come around a couple of hours later, and then the same lady kept rejecting one currency bill after another, citing non-existent tears and pen-marks on the dollar bills, till she could finally find none in one bill that I produced.  She then refused to give me a copy of my receipt, and then ended up giving me the wrong copy. I remember her name, and I’m not naming her because I’m not here to settle a score, but just to make my fellow-travelers aware of what sort of a hotel Flamingo is! I believe she only represents the system she works in. Needless to say, all such 'unclean' bills were exchanged by a courteous exchange counter the next morning at Batu Ferringhi.

2. For our double-occupancy room, the sea-facing balcony had only one chair. When I asked for a second one, I was told they provide only one per balcony. This was a lie, as our neighbouring room had two (visible from our balcony). They delivered the second one when confronted with this piece of information. What sort of housekeeping staff lie to their guests like this?

3. The night before checkout, I had gone to request for a 2 hour late-checkout; they agreed but only after a show of prolonged consideration, all the while making a very sour face, an expression that borders contempt, as if this caused them terrible distress. They made sure to convey how truly unhappy they were about it.

My last ever stay here!

I'm a tour giide who brought a group to this hotel to stsy for 3 nights.. As ususl, since my group consists of Elderly people and the bus is not able to go up to the lobby, I called and requests the bell boys to help my guests..
The front office staff agreed to instruct the bell boys to assists but to my dismay, the bell boys refused to help and when I complained to the sales manager, he instead of assisting me started accusing me of asking for too much..
Is this fair? Our guests paid to stay in a hospitable hotel not in such hostile hotel. I've advised my travel agents never to use The Flamingo, Penang.. Not worth a place to stay.. 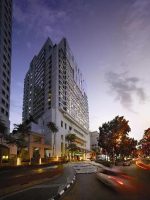 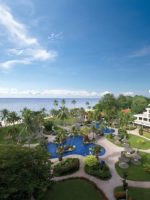 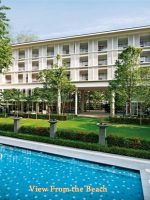 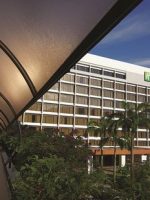 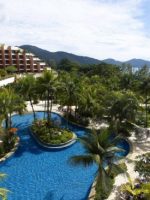 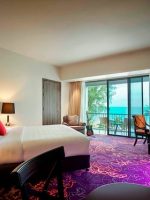