The Governors Inn Hotel offers 133 modern, well-appointed guestrooms with one king or two queen beds, free Wi-Fi and coffeemakers. Amenities include an outdoor swimming pool and hot tub, gym and free parking. Free shuttle services to the Sacramento airport are also available between 6:30 a.m. and 10:30 p.m.

Convenient off expressway (when the ramps to Richards St are open), clean, large room, quiet, free parking, complimentary continental breakfast. Next to McDonalds and a gas station but need to drive for other restaurant choices. Staff pleasant, showers hot, wi-fi worked. Would stay again.

Pleasant enough rooms but with some inconveniences

Arrived early, admittedly (1:30 p.m.) and were told we had to wait a half hour before check-in. We were fine with that, but once we settled into a corner of the lobby, the cleaning people decided that it was the next place that had to be cleaned just that moment.

One of the elevators was out, but no big deal, the one next to it worked.

But given that we had all afternoon, we were counting on functioning wifi. Which turned out to be a joke. When I went to the front desk, all I was told repeatedly was that "there is free wifi" ... and the guy at the counter had no clue and appeared completely unconcerned with the fact that I could no access the hotel's "free wifi." We were given a password but no password screen ever appeared.

It's possible that other staff people would have been more helpful or at least less inconsiderate; we did access wifi through our iPhone hotspot, so if you stay here and have difficulties with the wifi, try that. Maybe that's what everyone does nowadays anyway.

The room was clean enough, although there was an ibuprofen pill in the middle of the rug when we first walked in. 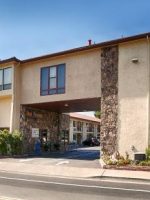 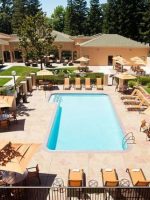 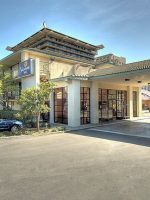 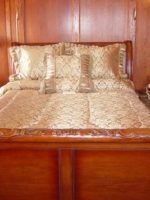