Indian manager is very rude, all others fine.

Stayed here for three nights for a conference in St. Louis and the first night the AC stopped working. The next morning i told a house keeper and she came in to look at it. After she couldnt figure out why it worked, she went to tell the manager. I followed her. When the manager followed me back to my room, before he even steppe into my room the manager(the younger indian fellow) said, "Okay, Ma'am I smell marijuana coming from your room."
I am a federal employee. I get drug tested every two weeks. And if i pop hot on a drug test, even for cold medicine, then there is a very good possibility that I would serve some time. So, NO, there was no smoking of any kind in my room.
I told him this, and he didnt reply. Instead, The manager took a cursory glance at the AC and left.
I waited for him to come back, nothing. Then time came that i had to leave for my conference. So i left and hoped it would be fixed by my arrival.
When i came back, no one was in sight.
AC was still broken.
Later that night i went out to my car to smoke a cigarette and on,my way back in, ran into a hotel employee. He pulled me aside and told me that the manager told him to make frequent walk by's of my room.
He didnt smell anything, of course, and told me that the manager was going to charge me an extra $300 at check out on,Saturday for smoking in the room. And that he didnt believe i ever smoked anything inside the hotel. So he told me what to do to avoid the undue charge. I did it, and they assigned me a new room. I went from the first floor to the third,floor, at the,very opposite side of the hotel. Talk about petty.
I sure as hell wont be staying there again

This was the worst stay in a hotel ever! We drove to St Louis for the night Aug 11th as a last minute vacation before school starts. Waking up at 2:00 in the morning with bug bites on my arms was not what I had expected. When I went to the front desk to complain - the employee was less than apologetic and didn't want to call his manager. Told me they would be in at 6:00 in the morning. After showing him pictures and a video of the bugs and demanding to speak to someone who would be more helpful, he finally called mgmt. There were several other issues (loud AC, no use of the pool because of swimming lessons being taught, etc.) but the bugs were horrible. I will NEVER stay here again and would not recommend this hotel to anyone. 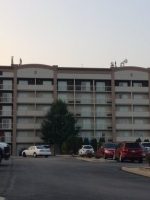 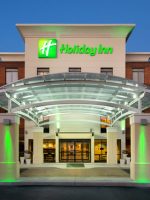 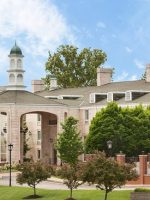 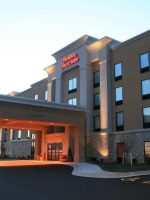 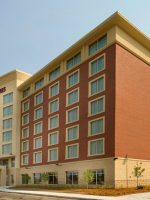 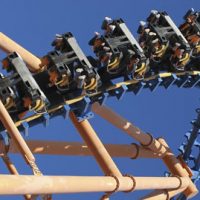