All 90 suites have great amenities that include a well-equipped kitchenette with a microwave, refrigerator, cookware, dishware and utensils, as well as a large flat-screen TV and hairdryer. Wi-Fi is free throughout the hotel and cribs are available on request. Additionally, the hotel is pet-friendly.

A large outdoor pool here is open all year and there are barbecue facilities, too. There is a complimentary breakfast available for all guests every morning. And although there is no restaurant onsite, there are many nearby dining options.

After hurricane Michael had destroyed our base and damaged our home, we moved to the Hawthorn to be as close as we were allowed to oversee repairs and such. Though the hotel itself sustained some minor damages during the storm, no internal issues were present when we were there. The sad thing is the outside that sustained damages looked and functioned better than the inside!

Pros: Jessica at the front desk was the best! She helped and ensured our comfort was 100%. Price was just right for what we needed to stay in budget with our evacuation entitlements.

Cons: Parking! The parking lot is not sufficient enough to handle the guests if they are full. The room itself was old; old paint, furniture, sheets, towels, carpet, ac, faucets, just everything. The furniture was stained and so broken down, we couldn’t sit on them. When I inquired, I found out that the owners had planned a remodel, but decided to sell instead; however, because of the hurricane they were stuck in a limbo between insurance, bank, and the new owners; essentially having Nothing fixed, repaired, or progressing forward. The AC units smelled awful; I ended up cleaning them myself with Lysol and Bleach to get the smell out. The bed was hard, not at all comfortable, and the pillows were showing as needing replaced. Quiet hours were not enforced as it should be either; which was a big problem on Friday nights when workers would gather in the lobby and “entertain” themselves by hollering and playing music. The shower ran out of hot water constantly during our stay; went a whole weekend without water at one point too. Though they had some areas for pets, the lack of parking saw cars and trucks jumping curbs to park in the grass, and the areas were not designated as pet areas (which is why I think people hopped the curb to park there).

In all, unless this hotel has a drastic upgrade, and they soundproof the walls, I would not recommend it unless you have no alternative option. Especially since their only redeeming quality was the couple helpful attendants they let go of when the new owners took possession this year!

Employees were pleasant, but the phone did not work. The toilet was not flushed when I arrived, and the shower was hard to figure out with no instructions posted. I probably would not stay here again. 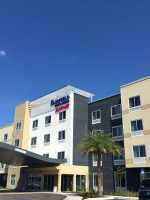 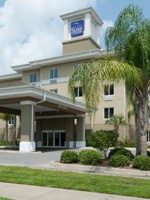 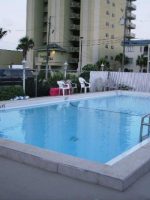 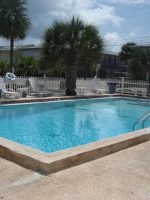 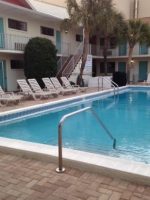 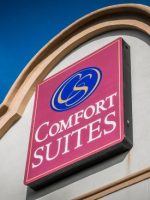