Off of Highway 11, the Highwayman Inn is an ideal place to stay to enjoy all of Orillia’s best attractions, such as Casino Rama, the Orillia Opera House, and numerous golf clubs. The hotel has two outdoor tennis courts and an indoor heated pool for your use. It’s also home to McCabe’s Eatery & Lounge, a restaurant with live entertainment and billiards. Standard guestrooms can sleep up to four people with two double beds. The suite can also accommodate four guests with a king bed and a pullout sleeper sofa and is equipped with a living room, fireplace, Jacuzzi, microwave, and refrigerator.

Don’t stay here! Dirty hotel, BEDBUGS found by one of the parents! Management unwilling to allow people to opt out of second night having already paid for the first with the knowledge that there are BEDBUGS. Very uncooperative and smug, no concern over the prospect of unhappy customers spreading the news on TripAdvisor. Here you go!

As the out of town coordinator for a hockey team, this experience was mixed but things like Cleanliness and service were lacking so if those things are important for you, skip this place. We were a little late booking but called around about a month before check in. Nothing was available in Orillia itself except the quality inn. I had not read all the reviews but got through a few. Had I spent more time reading, I would have realized that this place had a reputation for bedbugs, and low and behold, one of our parents had spotted one( allegedly, see pic) more on that later..... But let's start earlier.....When I booked this place because nothing else was available, I asked for a hospitality lounge and they wanted to charge me 150$. I struggle with this as we paid 179$ per room night and we booked about 32 room nights in total. That's a good volume contract for any hotel, and yet, they wanted to charge us for this room we generally get for free at any other place. I have booked hockey teams in the past at many hotels in this province. We eventually settled at 75$ for one night. When I saw the room they gave us, it was a boardroom that could accommodate about 12 people, not 35 as they knew we needed, I now had to scramble to make other dinner arrangements with our group. To their credit, they let us have it later in the evening as I complained about it, as the adults wanted to gather where they provided extra chairs.
Cleanliness or lack of. You can see that their staff is very taxed as it seems there are only 6 people working in this large hotel including the GM. 2 families in our group checked in to their room and it was still dirty and not made up. Then, he unthinkable and what we all dread going into hotels. Bedbugs( allegedly). After finding one and taking a picture, the person in charge asked the parent to launder the sheets, where the parent, as he should have, told them to do it. When I was told what happened, I wanted the option to check out as it may have possibly been a problem in other rooms, remember, this was not a cheap under 100$ hotel where you may have this problem occur more consistently, but a quality inn, where we paid a premium at 179$ per night! When I asked the GM what our options were as a group, she said it was an isolated incident where we still had to provide 72 hours notice. This was Saturday morning and we were set to be there one more night. In Ottawa right now where I live, government buildings get evacuated when a bedbug problem is found, but the Greedy GM( likely told by the owner) would not provide the option to check out, so we took our chances and stayed one more night, sleeping with one eye open looking for critters. When I complained to Choice hotels customer care line, she had me on hold for 10 minutes while she checked the story with the hotel GM. When she came back on the line, she had corporate speak for me and asked to lodge a formal complaint to upper management. When I asked the foreign (oversees cheap labour individual that clearly did not have the authority to fix my problem ) to send me an email with the property owner's name as well as the upper management of Choice Hotels, she agreed and 2 days later, have yet to see an e-mail. For the customer service, I give 1 star, for cleanliness, 1 star, our kids had fun with their kid friendly amenities, so 4 stars for that. Overall, quite disappointed with the value we received from this property, thus not surprised by the fact we were able to book 33 weekend nights 1 month in advance. Buyer beware... this hotel is worth 129 per night tops, exactly what Expedia posted 3 nights prior to our stay. As someone in the customer service business, this property lacks this in a big way, and unless they literally clean up their act, won't last very long.
Luigi Maiorino Guest and Out of Town Hockey Tournament Coordinator.
Ottawa Sting Minor Midget. 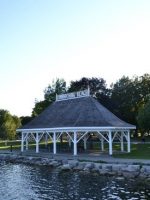 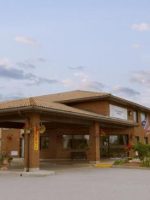 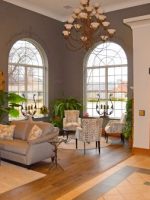 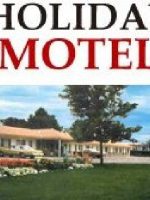 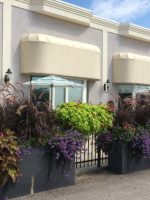