Holiday Inn Express Hotel & Suites San Antonio I-10 Northwest is a great property for families with children to go. This hotel is within 10 miles of the Monster Mini Golf, Friedrich Wilderness Park and Ice & Golf Center at Northwoods. Additional points of interest include the McNay Art Museum and Toilet Seat Museum. The hotel has 76 rooms; it also has a swimming pool and fitness center. Pappasito’s Cantina-Catering, Carrabba’s Italian Grill and Sushihana are all family-friendly eateries that are notable and are close to the hotel.

Avoid this hotel, dirty and unprofessional

Same as others reviewers, this hotel has charged double in 2 different cards, the one on file and a different one use to buy a chip... in total the made us 3 different extra charges that we are bow disputing.
In addition, if you little kids, the will charge extra for the little ones. BE CAREFUL.
On top of that the room had an odd smell, the floor was uneven, the beds had hair and the blankets were really dirty, and the bathroom walls were with mold.

Avoid staying in this hotel and pay little extra to stay in a real hotel.

In spite of many positive atributes, not a great hotel.

I have a mixed review about this hotel, because in spite of many positive things we experienced during our stay, our visit was marred by just a few, but very critical negative issues.

Upon arrival we were greeted by a young new employee who was always very courteous, upbeat and friendly. However, some of the other people working throughout the hotel were not at all courteous or even marginally friendly. The hotel seems to be operated and owned by Hindu people with very negative and even aggressive attitudes. I will explain why I say this. The older lady who serviced the front desk almost 24 hours a day during our stay was helpful, professional, courteous and nice, but it seemed that she almost forcefully tried to be those things, like it wasn't her nature or her pleasantry did not come naturally or honestly. In spite of this, we had absolutely no issue with her. However, there were also two Hindu males who were both absolutely disconcerting to even look at. They never greeted us or even directed a smile in our direction. Instead they mad dogged us from the moment we arrived to the the moment we left. These two men literally looked at us with such aggressive intensity, it was as if they wanted to hurt us. I understand that this does often happen in Hawaii or other places and this is why I never vacation in Hawaii. I honestly had never experienced this at any other hotel, or during any visit to any place that wasn't a war zone. I also say this because I have visited war zones where anti American sentiments were often displayed with very evil and hateful looks just like the ones we seemed to get from these two gentlemen. I have quite a few Hindu and Arab friends, and discourteous behavior, aggressive staring and stoic demeanors are not really part of the culture as far as I had experienced thus far, so I really do not know what the issue was and I really don't care, but it does look badly upon the hotel.

I reserved a deluxe suite at the hotel, but there was really nothing deluxe about it. In fact, I have stayed at less expensive hotels in San Antonio where I got that same room setup for less, but this is relatively trivial. The pool was small, one of the life savers was rotted, there was a boarded up broken window on the first floor and a curtain-less room on the second floor that was apparently used as a junk or trash room and you could see the piles of stacked disarray through the window, which was not appealing.

One of the most aggravating issues we had during our entire stay was our hotel room door. It would literally not close, at least not without a time consuming and stressful struggle. I'm quite sure the hotel staff is aware of this but lets the guests deal with it themselves. Another issue was that the hotel seems to have only one lady, who by the the way was incredibly nice, doing all the room cleaning for the entire hotel with more than 300 rooms!!! This is another first time experience for me! I had never been to a hotel, even half the size of this one, that had only one person doing all the room cleaning by themselves. I could probably attribute the lack of cleaning staff to the Hindu staff's bizzarre and aggressive behavior. This of course, led to struggles with getting our room cleaned and toiletries resupplied in a timely or convenient fashion, but understandably so for the one lady who was doing all the cleaning. Oddly enough, we also experienced unusual aggressive behavior displayed towards the new front desk employee by one of the Hindu staff... I also had never seen this before at any other hotel. Lastly, I'm not sure if we got our $75.00 dollar deposit back. We can say for sure we saw a lot of negative firsts at this hotel.

Now, the positive things about this hotel were that some of the staff was excellent even though some were not, the location was decent, the cost was decent, parking was free and ample, free internet was available, free breakfast was served (although we did not partake), and the rooms and common areas were decently upkept and clean. But ultimately, the extent of our negative experiences did make the cost of our stay a bad deal and did make our positive experiences moreless null and void. Given this, I can barely give this hotel 2 stars, I'm not sure if that second star is well deserved, but I suppose our positive points were just barely enough for it. 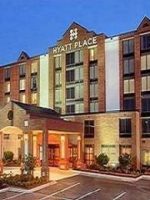 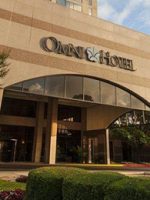 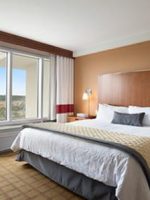 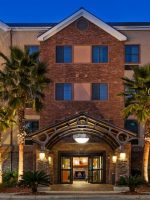