The Holiday Inn at Manchester Airport is built for convenience for every traveler. Its convenient location places it just minutes from many of New Hampshire’s best attractions, including the Verizon Wireless Arena, which offers many Concerts and events, the Currier Museum of Art, the Manchester Fisher Cats’ stadium, and plenty of desirable dining. You can also find great shopping at the nearby mall of New Hampshire and Merrimack Premium Outlets.

I stay at this hotel whenever traveling to the area for work. Candice was super helpful as always in ensuring our booking was smooth. One gentleman on the night shift was less than helpful, failing to put any effort whatsoever into a simple request, but Candice pulled through and solved the issue. The rooms are large and the bed is comfortable, though the air in the rooms can become very dry overnight. The diner on site has a handful of healthy options and the gym is very well equipped considering. We'll be back, but maybe with a humidifier in tow next time around.

Just average on this trip for a couple reasons ...

We have stayed here several times when flying in and out of Manchester airport as it is only a couple miles away from the airport and offers shuttle service. Each of our previous visits was better, mainly due to issues we had with the staff this time. Since the rooms are fine, and typical, this time I'll just address our issues with the staff.

We checked into the hotel mid afternoon and check in was fine. As soon as we got to our room we found the toilet wasn't working. Since we had to return our rental car to the airport in the afternoon we headed to the airport within 15 minutes of checking in. As we went out we informed the front desk of the toilet issue and they said they would have maintenance look at it. We also told them we were returning the rental car to the airport and would need a ride back to the hotel so they gave us a number to call when we were ready for pick up.

While chatting with the van driver on the way to the hotel we were telling him about the malfunctioning toilet in our room and he told us he was also the maintenance guy but no one had mentioned it to him. When we got back to the hotel we once again mentioned to the front desk folks we needed the toilet fixed. To make a long story a bit shorter, it was about 2.5 hours after we checked in (and several more calls to the front desk) before anyone came to look at the toilet - after 6:00 pm. When that gentleman arrived he said he wasn't the maintenance guy but he looked at it anyway and couldn't fix it. He then offered to move us to another room and offered two $10 vouchers for breakfast at the Airport Diner attached to the restaurant.

My issue is the front desk basically lied to us about maintenance, kept offering excuses about why service was delayed and they themselves never offered to just have us change rooms so maintenance could take care of the problem whenever they had time. They should have just moved us right off and been done with it.

At any rate, those were the problems we encountered on this visit - not huge issues, just very annoying and both issues that could have been resolved quickly. 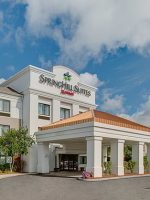 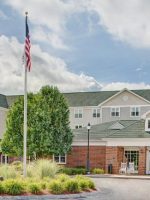 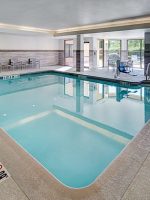 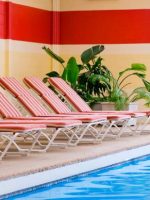 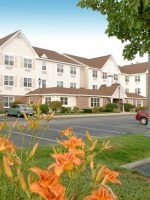 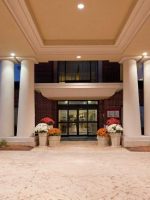