Families love this brand, and for good reason — it comes with lots of amenities. This Homewood Suites by Hilton Mobile is centrally located and convenient to Herndon Park and Mobile Botanical Gardens, within close proximity of Hank Aaron Stadium and Spring Hill College. There are 99 air-conditioned rooms featuring kitchenettes with full-sized refrigerators/freezers and stovetops; 42-inch LED televisions with premium TV channels; and complimentary wireless internet. Onsite there is an outdoor pool and a fitness center. This hotel also features a fireplace in the lobby and barbecue grills. Grab a bite from a grocery/convenience store or join in the complimentary reception, held on select days. There is complimentary breakfast as well.

I now live in Louisiana and brought my Louisiana family to this Mobile location "Homewood Suites" for a birthday celebration. They were very amazed by the look, cleaniness, and size of room and pleased with the stay. Thank you!

Not what I expected

First I must say the front desk and breaks area staff were fine - all my gripes are with our particular room(s). I can't speak to the rest of the place but I wasn't happy by the end of our one night stay. These things, while not insane at a one or two, added up to an overall unsatisfactory stay IMHO. I really like the Homewood Suites series and have stayed in them a good bit, but this one was not up to par. Specifically, we were in room 212 - a two bedroom handicap accessible suite - had a main living/kitchen kind of area between the two BR’s. Didn't need the handicap access, it's just what we were booked into. Some items didn't crop up until the next day but here's the list. The 'drapes/blinds' would not open. One appeared to be zip tied closed and the other just couldn't be opened. Turns out they are electric (per the front desk for handicap access) but the remotes were not to be found. There was no desk/work surface of any kind (unlike other HS) unless you want to use the 'kitchen' table. The couch was horrible to sit on: hide-a-bed type that likely needs replacing. Brought my own coffee fixin's (traditional & Kuerig cups) only to have one of those makers that uses proprietary little disk-like pre-filled packs. Again, unlike any HS I've been in before which always had the Mr. Coffee 4 cup makers. One bathroom had no bath towels, hand towels, bath mat or wash clothes. My brother in law stayed in that room and got a towel from our room the next morning. No laundry bags in either of the closets. Three TV’s and only two remotes, which sounds like a stupid gripe, but the remotes were for the BR’s. All the TV’s were same brand and one BR remote would turn on the shared TV but not change the channels and the other BR remote would change the channels but not turn the TV on/off. Lastly, and fortunately as we were on our way out, the toilet stopped working in one room. Just kept running. I’ve done a lot of toilet work over the years but this one just kept on running and wouldn’t fill the tank. Luckily the other room’s was ok. Based on my experience I’ll opt for a different place next time I’m in Mobile. Although I was in this one room, I chock a lot of this up to the overall attentiveness the room staff so I'm very hesitant to chance another stay in this facility. 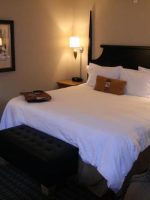 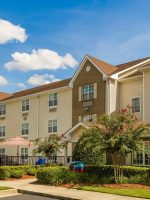 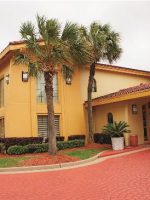 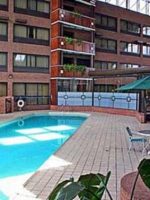 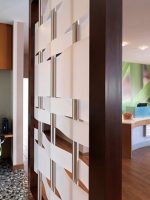