This 56-room boutique hotel sits on the top three floors of an early 1900s building in the heart of downtown with restaurants, attractions and the river walk within a few blocks. Some of the rooms, which have hardwood floors and modern dÃ©cor, may feature river views and kitchenettes. Most rooms cannot accommodate more than four guests and are best for small families. The building also connected to the city’s skyway system, which is handy during winter months in particular.

Stayed two nights for work. i was enticed by the romantic pictures, but Hotel 340 is badly in need of freshening up. Many things in my room were broken, the paint and woodwork was chipped, and the whole place smelled like an old rooming house. My room looked out on roof fans, no view at all, and the window was painted shut, so I'm glad there wasn't a fire. I had an iron but no ironing board, a large closet but no hangers. The TV from the next room was obnoxiously loud. The bed sagged in the middle. The heater and fridge were noisy. The breakfast was ridiculous: Green bananas, stale white bread, sugar that had turned solid in the bowl, and the biggest TV I have ever seen blaring over the breakfast room. So much for elegance. My second night I thought I'd have a drink by the fire, but the hotel had closed the bar because of an "incident." The desk clerk told me a woman was throwing things in the business center and police had to be called. It's not clear to me why the bar was still closed an hour later. The clerk said said they lock everything up "whenever that happens." So it happens enough that there's a protocol? It was nice to use the athletic club, but overall, there are better options in St. Paul for a similar price.

More than a boutique hotel

I visited for the charm but also participated in candle light yoga, swimming, and a spa like steam room and experienced 5 star customer service from every staff member I met. The breakfast was also great. I suggest a room with a view of the river. 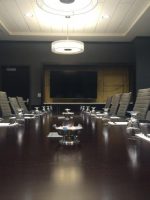 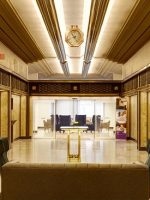 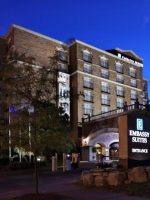 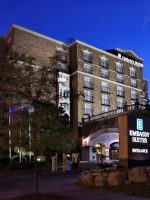