Located right in the Japan Rail Kyoto Station building, this nice hotel is a great base both for exploring Kyoto and getting straight out of town to other destinations, too. With over 500 rooms, an indoor swimming pool and French, Japanese and Chinese restaurants onsite, it’s a comprehensive complex. Families like the quad rooms, with four single beds side by side.

On arrival the recepetionist was quite rude as we were early and we had told her that firstly and advised her that we only anted to commence the check in. She received advce from her superior and complete the check in.

We stayed on the 12 th floor and had a great view from our room whuch was large and clean.

The Japanese breakfast was 5 star with 5 star staff but the breakfastat LeTemps and Southern court were ok and the front staff of these restaurants were very rude to westerners.

THe hotel was above the railway station which was huge was in a good area to catch bus or subway or walk to the attractions including the ones tourist do not go to.

Stayed at this hotel for three nights as part of an Odysseys tour. It's a very big place attached to the train station.The room was lovely and comfortable with many amenities. Great buffet breakfast. Surprisingly, perhaps, for a major international hotel, many employees knew little English, which was a bit frustrating at times. 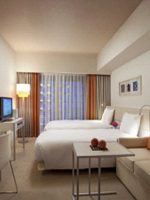 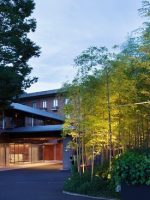 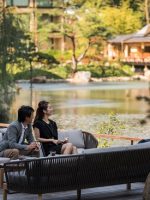 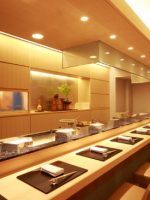 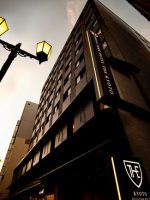 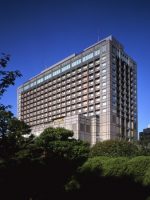