This newly built hotel features spacious two-bedroom suites that are perfect for a big family on an extended stay in town. The largest suites contain a fully equipped kitchen, with refrigerator, cook top range, microwave, dishwasher, coffeemaker, dishes and pots and pans, plus a living room and dining area. A sizable continental breakfast is available each morning in the downstairs breakfast room. Other amenities include free Wi-Fi and satellite TV in each room of the suite.

The Hotel North Pole is conveniently located right off the Richardson Highway in the small town of North Pole. The hotel shares a parking lot with the North Pole Plaza Shopping Center, where you can find a grocery store, several fast food restaurants and a pizza parlor. Kids will love a stop at the famed Santa Claus House. It’s open year-round, and is an easy 15-minute walk from your hotel. Also nearby is the trailhead to the Beaver Springs Nature Trail, a mile-long path through towering black spruce and paper birch trees. Twelve miles down the highway are the attractions of Fairbanks, where you can cruise the Chena River on an authentic paddle wheeler, stroll among the 35 restored buildings of an 1800s gold rush town, or visit the best museum in Alaska, the Museum of the North. With its clean, spacious suites and quiet location outside of the big city, the Hotel North Pole is an ideal choice for your family vacation in Alaska.

Great location to try and see the Northern LIghts

Went to North Pole, AK mainly to see the Aurora Borealis and we got to see them twice in one week. Considering we mostly had cloudy skies and some rain, we considered ourselves very lucky. Get on the list and the hotel will call your room if the lights can be seen. They also provide a map of the area that shows nearby public locations within five miles you can drive to in order to get darker skies. Because North Pole is several miles from Fairbanks, the sky there is darker and we were able to see the lights by looking out our window on the back of the hotel building, but driving a few miles where it was darker was better. We planned our trip during the new moon phase, so the skies were really dark.

The room is large and has a microwave, coffee pot, and small fridge. WiFi worked and there were adequate outlets for recharging things. We travel with our Roku and we had no troubles streaming with it. The bathroom was large but it was lacking in towel racks and lights, and there was plenty of space to add both.

Within a short walk is a good sized Safeway grocery store with a Starbucks and prepared foods that could be reheated in the microwave. The stay open pretty late at night. There's also a mini mall with a handful of stores and several other eating places within walking distance, if it's not too cold. When it's very cold the hotel has plugs to plug in your car to stop it from freezing.

Front desk staff were helpful when checking in. They have their own closet room with beverages, snack food, and some microwave eats for sale. We only made it to breakfast one time and they had at least three different fresh fruits and other stuff.

The hotel was very inviting when first walking in, staff was friendly and helpful at check in. We had a double queen room and it was huge, heating was good (we were there in October), everything felt new, rooms were nicely decorated but missing amenities like fridge, microwave, coffee maker/kettle like most hotels have these days. Hotel offers wake up calls for aurora sightings. 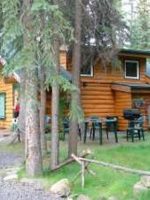 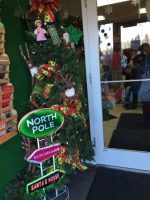 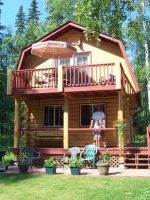 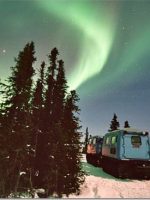 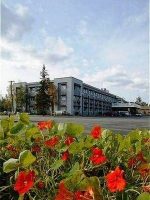 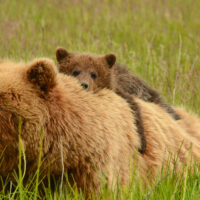