The Hotel on Pownal
1203 Reviews
Edit

The Hotel on Pownal offers a personalized experience and features 45 guestrooms centrally located in downtown Charlottetown. Amenities include deluxe continental breakfast that includes egg entrees, free parking and Wi-Fi, freshly baked cookies every afternoon, and a weeknight guest reception from 5 to 6 p.m. serving complimentary wine and local handcrafted beer. The lobby also features 24-hour coffee, tea and treats, and there’s a laundry facility. Ask about complimentary CARI Complex Pool Passes. The hotel offers a variety of room configurations, from two double, one king, one queen, or two queens. The Family Suite is a great option, accommodating up to six, with a bedroom, one queen bed, two doubles and direct outdoor access. There’s no onsite dining available, but the hotel is walkable to downtown dining options. Walk to the waterfront and Victoria Row, Charlottetown’s cobblestoned street of historic buildings and shopping district (during summer transformed into a pedestrian mall).

Booked this hotel as a last minute ‘add-on’ to our Maritime holiday and were so glad we did. Service with a smile from Jenna at the front desk greeted us on arrival. She was so kind and courteous, and helped with restaurant recommendations.
When booking the system asked if there was a special occasion, which there was, and we were so pleasantly surprised to see a bottle of bubbly along with some local treats waiting for us in our room. Not only was this far ahead of any Hotel chain, but there was also a sweet card congratulating us. For this alone we would stay again, but the accommodations were yet another plus. Very comfortable family suite, a happy hour from 5-6 (shout out to Jason, the friendly bartender), free coffee/tea and treats plus a very plentiful complimentary breakfast. I highly recommend this place to anyone travelling alone or with family.

Our recent stay at this hotel was met with true disappointment as couples attending the wedding of a close friend at a neighboring hotel.
We booked a year in advance and looked forward to our stay in the Queen Suites, requested and confirmed at that time. Instead one of the couples was placed in a Cozy Queen, a very small room, especially when expecting a suite. The supervisor of guest services, Mariel, made absolutely no effort to please the guest; was rude and made false accusations that reservations were made online, and lied about vacancy when asked if an accommodation could be made the following day(stating they were fully booked). Front desk staff that following day confirmed 7 rooms were vacant that evening.
The kicker was being charged the Queen Suite rate at checkout (room rate on the invoice remained that of the Queen suite originally booked), while the couple who originally booked in the Cozy Queen were charged the lower, applicable rate. So obvious that the mistake was theirs, yet Mariel continued to argue with the guest and charged the higher rate. I have never seen such unacceptable guest service!!

On a positive note, I would like to give a shout out to Gaylene, the hostess in the breakfast room, you were an absolute pleasure!! 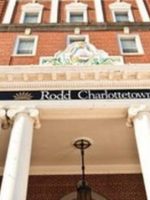 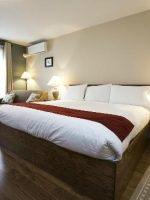 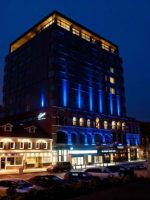 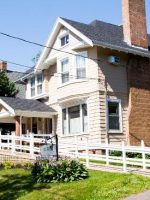 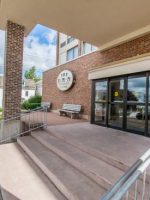