The Howard Johnson Hotel Rockford is located near the BMO Harris Bank Center and conveniently near U.S. Highway 20. The hotel’s affordable accommodations offer easy access to many of the Rockford community’s attractions, from restaurants to water parks. For those flying into the area, Chicago Rockford International Airport (RFD) is only minutes away from the hotel’s front doors. Kick-start your mornings with their free continental breakfast and stream your favorite shows with free Wi-Fi. Work out in the fitness center and enjoy a swim in the heated indoor pool. Take advantage of ample free large-vehicle parking in case you’re toting along the family truckster, or ask about their free airport shuttle service.

Locally, look into picking up tickets to see a show at the BMO Harris Bank Center or Coronado Theatre. Dive into a fun-filled day with the family at Magic Waters Waterpark, located just seven miles from the hotel, or head to Volcano Falls Adventure Park for laser tag, go-karts, and mini golf. If you want to squeeze 18 holes into your day, head to Sandy Hollow Golf Course.

Wait until after remodeling to MAYBE visit

This was possibly the oddest hotel experience I have ever had. We chose this hotel due to the convenient location, by the airport. Upon arrival we were told there was an issue with our reservation as "sometimes staff do not assign rooms at bookings like they are suppose to." So despite my receipt of my booking made months in advance and in which we had booked two queen size beds, we were told there were no said rooms available. We were shown a newly remodeled room with a king size bed or told we would have to stay in a room with a twin bed and a rollaway bed.

We chose the one king size bed option as rollaway beds are very uncomfortable in my opinion. Anyway the floor was clearly new and the bed still had the plastic on it. It was also on the floor but was on a high bedframe.

The phone was not working and come to find out, it wasn't plugged in. The TV also didn't work. The fridge was dirty and appeared in an awkward spot, as it was behind the entertainment door when opened. We went to the front desk to request maintenance. A man came and said they must have not hooked up items after installing the floors so he hooked up the phone and TV. He also, on his own, noticed the fridge and stated it was in the wrong spot and moved it.

We had no toilet paper and requested this also. I inquired about where the complimentary breakfast was held at, Another reason we chose this hotel. We were told due to remodeling, this area was closed and not offered but they could offer a small fruit basket.

Then my friend took a shower. We had a handicap shower and the shower curtain did not stay within the shower and the drain wasn't quite lined up to allow the water to drain adequately. Due to this, she flooded the bathroom floor so we had to call maintenance again for a mop and more towels. A different maintenance man arrived and when he did, he had a solo cup in hand. He left this drink behind and we later realized this drink smelled of alcohol!

No discount offered for our troubles, though we were told the king size bed was an upgrade to the room we had booked but was not available. The bed was comfortable.

I really hope the remodel improves this hotel but I feel strongly this room was not ready to be occupied either as I believe it was not finished but again, they essentially did not have any rooms despite our advanced booking.

We booked this because it is close to the airport and had a free breakfast. We checked in only to find that they do NOT honor 3rd party bookings!! So, if you prepay online, you have to pay again to stay....The only reason we stayed was that we arrived late, and in a snowstorm. Most other motels were full. We got into the room, which was literally 50 degrees. We complained and they told us to let the heater catch up. We slept in our clothes and coats. There is not a breakfast....at all. She said they quit doing breakfast......None of the vending machines work. We would never have set foot in the nasty shower. This is absolutely the worst motel I have ever seen! Not one single amenity listed is accurate. I plan to contact the Rockford Chamber and let them know this place needs to be shut down. It would NEVER pass any inspections. I am working through Booking.com and my credit card company to get a refund. The manager would not even listen to my request for refund.
Please heed my warning, and check out the other recent reviews as well. 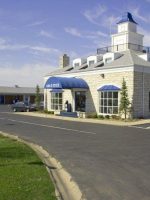 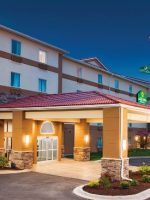 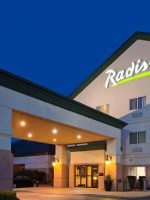 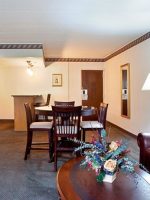