Located in Polanco, this luxury hotel is situated near the high end shopping on Presidente Masaryk Avenue. The National Anthropology Museum and the floating gardens of Xochimilco are nearby as well. The comfortable and stylish guestrooms and suites feature a mini-bard, flat screen television and iPod docking station, a coffee maker and Wi-Fi access. Additionally, the spacious suites feature three televisions, including one the bathroom. There are several onsite restaurants available for families to choose from for breakfast, lunch and dinner.

I was originally very excited to book a stay at the Intercontinental in Mexico City. By the end of the trip, I felt they were severely lacking in several areas.

Second (and more worrying) was that they said we drank a bottle of wine from the minibar. We had not. Unfortunately, there was no way to dispute since it was our word against theirs. The ultimate amount was de minimis, but it was still a weird experience being called a liar by the hotel clerk. Or, as the check out attendant said "Are you sure that maybe you didn't drink it and forget?". No, sir. I did not forget opening the minibar and drinking a bottle of wine.

Overall, disappointed with the Intercontinental and would not recommend. The surrounding area (Polanco) is fantastic and there are more than a few great options that come to mind (The W, for example).

I've been to numerous areas in Mexico and was so excited when my cousin chose to have his wedding in Polanco, Mexico City. My entire family booked rooms at the Intercontinental Presidente and we talked about this trip for the months leading up. We were delighted at the hotel and its location upon arriving. We checked in and were told that our room was a double which being a married couple, asked if a king bed was available. They said there was and assigned us to a room. Upon chatting the front desk employee told us that we could upgrade our stay for $50 a day which would include: access to the 39th Floor Lounge, happy hour a the lobby bar from 7-9pm and breakfast included. We said that sounds like a great idea lets do it. We ate breakfast daily at the only place we knew that had breakfast; Cafe Urbano. Which was great and offered a variety of items. We closed out daily to the same total thinking this would be covered in our "$50 upgrade." We never made it to daily Happy Hour as we have dinner reservations we made thru our amex platinum concierge and we ventured up the 39th lounge one day only to see a mediocre food spread at best. We traveled outside the hotel daily only to come back to our room never cleaned or beds made (mind you this was 5pm or later). The noise from the street was loud and kept us up numerous nights as well. We did dine at Chapulin which our families loved. Our stay seemed to go not so bad until we decided to check out and were given charges for the breakfast which we stated we were told we could eat breakfast at the Cafe Urbano (which mind you was the only place we knew that served brunch buffet). The front desk employee told us we were only allowed to eat the 39th floor lounge to which we stated that was not told to us. We also stated that we did not drink at the happy hour any days of the stay. We said we are fine iwht paying for the daily breakfast at Cafe urbano if you could take off the Daily "$50 upgrade." The front desk employee seemed to understand and think that was fair however he had to double check with his manager on duty. Well when we spoke with Alejandra, her demeanor was first off less than pleasant. It seemed as if she had worked a few too many days in a row and just didn't want to hear what we had to say. Upon explaining the exact same scenario we had just explained to the front desk employee, she replied that the charge would stand and that she would check the cameras to see if we in fact drank at the bars (check the cameras as if we were shoplifters), as you can imagine that made us feel really great. We tried to explain over and over that it now wasn't even about the money but the principle that her staff did not have or give us anything in writing about where to eat, drink or what the lounge was used for. We wound up leaving only to speak with other family members who said they had a similar experience and were also upset considering we had an entire wedding party under Sheridan there. Just to think that's the last impression we had upon waiting for our Uber really makes you think about what hospitality really means and how well training is at the Intercontinental Presidente. Needless to say this was the first time at a Grupo Property and will be our last. Taking care of guests is why you chose a job in the hospitality field.

For the record I currently own 3 restaurants and previously worked for Starwood Hotels for 10+ years. I get in it when guests want want want or try to take advantage of the hotel. THIS WAS NOT THE CASE. We feel very taken advantage of over a situation that could have easily been resolved 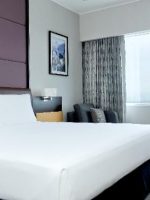 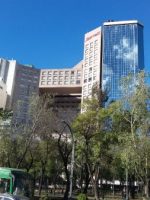 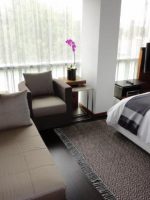 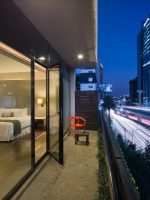 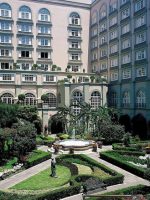 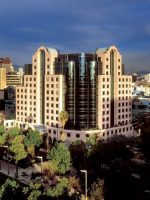