The Kimpton Mason & Rook Hotel, opened in 2016, features upscale, family-friendly accommodations in Washington, D.C. Situated on a quiet, tree-lined street — just steps from the hustle and bustle of the city — the hotel provides a rooftop swimming pool and lounge that are especially perfect on a notoriously hot Washington D.C. summer day.

Guestrooms, some of which are pet-friendly, include mini-bars and bathrobes in both adult and kid sizes! Guestrooms with one king or two queen beds are available. The Premier Spa Suites are best suited for couples. Rollaway beds and cribs are available upon request.

Wi-Fi isn’t complimentary, but if you sign up to become a Kimpton Karma member — which is free — you’ll get complimentary Wi-Fi and other perks.

I have stayed at the Mason and Rook hotel before and thought it was GREAT! However, this time, it was ok. I was here on business and my room wasn't ready upon arrival, so I had to wait about 20 minutes. When I got to the room, the bathroom was not as clean as it should have been and so I had to go down to the front desk to ask for it to be cleaned again along with new sheets. The room is quite big and the bed is comfortable. The bathroom is spacious with a pretty god sized shower. They do provide body soap, shampoo and conditioner although I didn't use them. Last time, they had yoga mats in the room, but not this time. The floor was a little worn and had stains on it. The food we had during our meetings was sooooo good! Our meeting staff were super friendly and very accommodating. The hotel is near a 7-11 and a CVS is just a block away as is a Whole Foods. Several restuarants are near by too. I did have to wait about 10 minutes for a taxi upon departure. Both bell hops went down to the end of the street to hail one for me.

Nice modern room, spacious and comfortable. Staff were friendly and the food was good.

That's the good bit, but they really fall down on the details.

The bathroom has an automatic light, but the sensor is in the wrong place, so the light goes off if you spend too long in the shower.

There are no tea and coffee making facilities in the room. When I asked I was told there were free hot drinks in the lobby. Unfortunately they're only available until 10AM, not much use if you want a drink at bedtime. Then they offered to send us a kettle. They did just that - no cups, no tea, no coffee. Even the cheapest budget hotels offer tea and coffee in the rooms.

They really excelled themselves on the Sunday of our stay.

We arrived back at 3PM to find that there were only bath towels in the bathroom and no water tumblers. I contacted reception eventually (the phone didn't work) to be told that the hotel was full the day before so there would be no more towels until some came back from the laundry - seriously, what sort of hotel doesn't have enough linen to cope with being full?!

The bar was supposed to open at 4.00 and the restaurant at 5.00. We planned to go for an early drink and a meal before going out for the evening. When we arrived at 4.20 it was still locked up. Reception said to go outside and through the patio, also locked up, so the receptionist opened the door only to reveal the staff sitting around having a chat. They just hadn't bothered to open.

When we arrived back at 11PM, the promised towels still hadn't arrived, so it was another call to reception (they had at least fixed the phone) to get some towels, but still no tumblers.

The next day we checked out. There was $172 in incidental costs to pay, which I paid for on a foreign currency debit card rather than the credit card we'd provided on arrival. This was part of a package deal so the accommodation was already paid for.

Then a month later when the credit card bill arrived, I discovered a charge of $592.29, much to my disgust. I contacted my tour organiser, who took 3 weeks to finally get a resolution of sorts. First they said that it was common practice to put a hold on a card and that it had probably been refunded. Except this wasn't a hold, they'd taken the money and 3 weeks later hadn't refunded it.

Then they said they had refunded it minus the $172 in incidental costs that I'd already paid - they hadn't. The unauthorised payment was finally repaid nearly 7 weeks after it was taken. Unfortunately I'd already had to pay the credit card bill or else face interest charges and the difference in exchange rates means I'm still almost £15 out of pocket.

I'm still waiting for an apology or any compensation for what can only be described as incompetence. 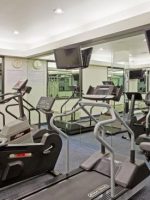 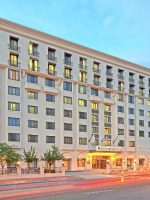 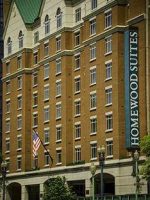 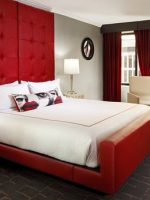 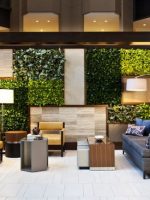 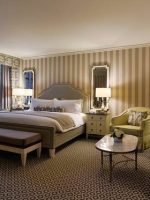