This all-suite hotel in Waikoloa Village on the Big Island is surrounded by fun, from swimming pools to a lagoon beach to shopping to restaurants. A free shuttle is available to help guest navigate the large resort. Guests of this property can receive high chairs, cribs, kids’ menus and DVDs for kids, as well as utilize the babysitting services available. Children’s activities, a game room, table tennis and a pool table are also available. While Waikoloa Village provides a host of dining options, on site is the Kings Land Bistro & Lounge, serving lunch through dinner from 11 a.m. to 7 p.m., and the Kings Land pool bar, offering poolside bites during the same hours. Breakfast pastries are available in the bistro from 8 to 11 a.m. One- and two-bedroom suites feature bedrooms with a king bed or two double beds, with a sofa bed in the living area. Fully equipped kitchens, DVD players, CD players, and washers and dryers are available in each suite. Rooms can accommodate four to six guests.

You can feel the magic!

We are HGV Club members and originally wanted to go to Thailand but when we went to reserve, was told HGV pulled out because the standards were low, so the next best place was Hawaii!
After reading all the reviews here we decided to stay in Kings Land and are Very happy we did. What a BEAUTIFUL Resort! Best of the best! The staff are so willing to please and make guests happy, no phones balonies!
It’s a bit out of the way, you will definitely need a car to get around. The resort area itself has a shuttle bus that runs every half hour from each building that takes you to the large main Hilton and its pools and beach.
We were able to walk to the Kings Land main pool and 'restaurant' but needed a car to get everywhere else. There were people who were walking and we could have handled the walk, but it was hot and we just wanted to 'get there'.

A couple things to know: There is a food court located in the shopping area of the actual resort with a lot of different types of food to eat. There's a grocery store, ABC store, that sells food and great souvenirs! There's even a movie theater and ice cream shop. We didn't know about this until halfway through the trip.

Also connected to the resort area is Lava Lava beach and restaurant. We spent 4 nights dining at Lava Lava, it had delicious food and was a beautiful spot in paradise. I don't think the shuttle bus takes you there, but you can hop off the shuttle at the shopping area and walk over there.
There's a herd of goats on the property as well, cool, but I wouldn't chance getting too close lol

Another wonderful family trip at Kingsland!

This is our 4th trip to Kingsland. We love the relaxed, quietness and convenience of Kingsland's location in the Waikoloa area. The grandkids (3 and 6) spent most of their time at the pools. We also enjoyed the shuttle bus to the Hilton resort and the Kings and Queens shops. We hope to visit again soon!! 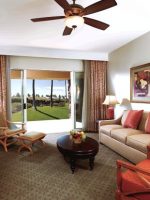 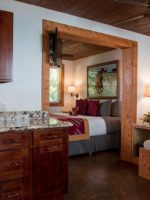 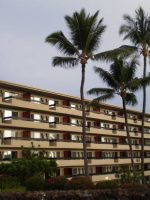 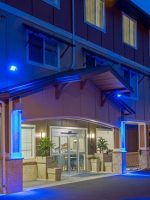 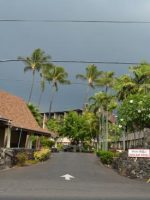 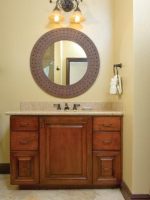 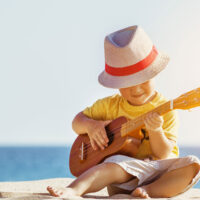 Which Hawaiian Island Should You Visit? 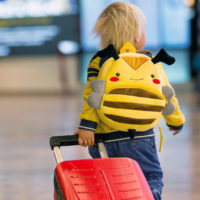 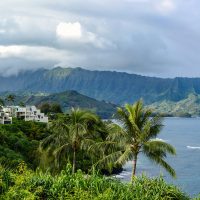