The Mission Inn Resort and Club, located in beautiful Howey-in-the-Hills, is the perfect place for families looking for recreation and relaxation. Avid golfers will feel like they’re in heaven, surrounded by two gorgeous golf courses. Make sure to take advantage of the hiking trails along the grounds, the volleyball and tennis courts and the fishing areas. A full spa is found onsite for relaxing treatments. Babysitting is available, and two children’s playgrounds are located conveniently nearby. You’ll love the four onsite restaurants to choose from. Wake up each day surrounded by a stunning view. There’s a game room and arcade for family fun. If you do end up wanting to venture offsite, Disney World and the excitement of Orlando are only a 35-minute drive away. Free Wi-Fi will keep you connected throughout your stay, and the fitness center will keep you in shape.

We just spent three nights at the hotel while our grand daughter was playing in a State Golf Tournament. We were very pleasantly surprised. Our room was in the San Diego building and very comfortable. The rooms do not have a microwave or a refrigerator but it was really not an issue for us. I was concerned that it might be noisy due to the number of teenagers in the facility but we only had one evening when we heard some of the kids but it didn't last long and didn't turn out to be a problem. The food was great. We ate breakfast at the buffet and it was very good. The lady who does the eggs to order and the pancakes was very nice and cooked up a great omelette. We had lunch in the restaurant by the pro shop...Sandwiches were great. And a big thank you to Heather the waitress. She remembers our names and was very nice. We are really looking forward to returning next year for the same competition. By the way our girls team won first place for the State..Arch Bishop McCarthy High School. All the employees we encounter were very nice and tried their best to help. The golf courses are very challenging and well maintained. The facility itself is well kept and maintained.

Stayed two nights for our son’s high school golf tournament. Mission Inn is a bit over rated in my opinion.

We did not have a refrigerator in our room. When I asked the front desk, I was told they were all out of them and that I would have had to request one in advance. I asked about an ice machine and was told they were running low but they thought the fourth floor still had some. I was staying on first.

We called room service on our second night to order a pizza and I was told they had just run out of pizza.

Considering this resort commonly hosts big golf events, I think running out of food, refrigerators and ice should never happen.

We were also woken up an hour early because of a loud beating rhythm above. Was it a treadmill? Laundry? Or noisy neighbors? I don’t know! The building doesn’t have good sound buffers- when people walked in the hallway, it was very easy to hear them.

Rooms are dark and somewhat updated. While the grounds and golf course are a lovely Spanish style, inside feels mostly old.

More Top-Rated Family Hotels in Howey in the Hills Area 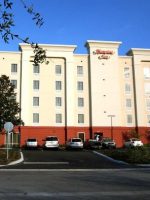 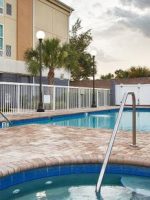 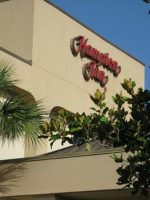 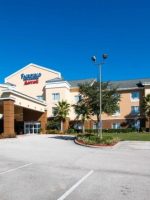 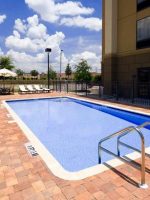 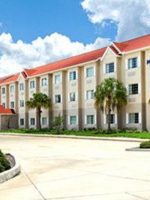 See All Howey in the Hills Hotels