KidZania, an international company that literally puts kids to work with hyper-real role-playing attractions in a city designed just for children, just opened its first U.S. location in Frisco, Texas.

The company started in Mexico City in 1999 and has 28 facilities in 21 countries, including Japan, England and Dubai, with plans to open two additional U.S. locations (in New York and Chicago) soon.

The newest KidZania is located in Stonebriar Centre in Frisco, a Dallas suburb. Upon entering through an airport-style terminal, children are issued “KidZos,” KidZania currency, which they can use to purchase souvenir trinkets or experiences, such as learning to fly a plane via flight simulator inside a jet.

The interior of KidZania is styled to look like a city, with sidewalks, trees, a theater, restaurants, hospital and fire and police stations.

Children ages 4 to 14 are encouraged to find “jobs,” where they learn the ins and outs of how to be a veterinarian, open their own account at the bank, work at a hair and nail salon, give eye exams and create their own motion capture video—all while earning additional KidZos.

Each of the 60 stations offers approximately 20-minute experiences where kids work independently of their parents. At the fire station, they don jackets and helmets and ride on a fire truck to extinguish a fake building fire with real water canons. At a recycling center, they transform scrap cardboard into paper.

There are pizza, burger and taco restaurants where kids can learn how to make personal pizzas and French fries—and then eat the fruits of their labor. Later, they even learn about paying taxes, and can earmark their hard-earned KidZos for public works.

Though KidZania is primarily geared toward elementary aged students, there are some areas for the 4-and-under crowd, including a play grocery store and parent-controlled toddler bumper cars. Parents with older kids who want to have a break can relax in the onsite Parents Lounge with comfortable couches and TVs. 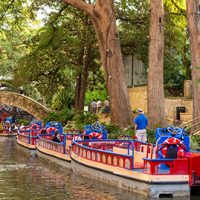 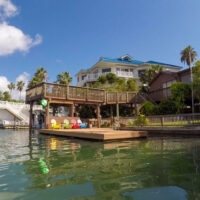