Conveniently located in the heart of Naples, the Park Shore Resort is a great choice for families visiting Florida’s beautiful, sandy beaches. This tropically decorated inn gives you access to waterways, sand and surf. Choose between a one- or two-bedroom condominium that includes a full kitchen with stovetop, refrigerator and microwave. Onsite, you’ll find barbecue grills for nighttime grilling with the whole family. Free Wi-Fi will keep you connected throughout your stay, and the fitness center will keep you in shape. The outdoor pool provides hours of entertainment for the kids and a place to cool off for the adults. Get in the competitive spirit on the racquetball or tennis courts. Onsite dining is a great option for a quick and easy refuel.

Good place to stay but a bit dated

I'm a bit torn on this review and would probably give a 3.5 if possible. There were a lot of good things about my stay but then offsetting bad things as well.

Room
--------
We booked a deluxe 2 bedroom. It came with a full galley kitchen with plates silverware, etc. The master bedroom had a king bed and a connected bathroom with a standard bathtub/shower combination. There was a walk-in closet as well which was great to get all your luggage out of the way. The second bedroom was a bit small but had two twin beds. There was also a bathroom off of this room which had a stand-up shower. This room had it's own walk-in closet as well.

Overall, the room served our purpose but it was extremely dated. It did not feel dirty but did feel very old. There wasn't anything that was crazy bad but just a lot of small things. The TVs in the rooms were extremely cheap which is saying something nowadays when you can get a TV fairly cheap. We didn't watch them much but the picture wasn't fully displayed on the screen cutting off the edges. There were outlet covers which were broken and the carpet was bowing up at points. The bathtubs and the showers were permanently stained from years of use although clean.

The worse part was the noise from the outside that would make it into the room. It seemed like it was the door/window areas where the sound was coming through so it may be fixable but if anyone was on their porch or walking by your door talking at normal volume it would seem like they were in your living room.

With all this said, I was told that another member of our party had an upgraded room so this may be coming to all units.

The best part of the room was the view out the back of the unit (see picture). Just a great idea by the architect to have such a cool view that can be seen by most if not all units.

Hotel Grounds
--------------------
This leads me to the hotel grounds. They are kept very nice with multiple waterfalls throughout leading to a mini-river which surrounds the pool/grill area. The pool is not huge but seemed big enough to handle all the people while we were there. The grilling area is separate containing 3-5 newer grills with a bunch of seating surrounding it. Very nice area to hang out but you'll have to evacuate it at 10 pm when the area closes.

Staff
------
We didn't deal with staff too often but what staff we interacted with were very nice and helpful.

Construction
-----------------
They are currently replacing the roof on the buildings (seemed to be almost done). We were not told about this when booking which admittedly was very early but we also didn't receive any notice about this construction either. This meant a lot of banging at 7 o'clock in the morning making sleeping in a little during your vacation a lot harder. Also, the workers were all over our stair area making it hard to go back and forth to our room. Luckily, that was only during the weekday were were there.

Overall
----------
I really feel like this property has a lot of potential once upgraded the rest of the way. Also, we got a pretty good rate so if you get a good deal it may be worth dealing with the inconveniences that I mentioned above. Definitely not for someone that is super particular about the state of their room.

I stayed here with my family in September. Hotel room is slightly dated but bed was extremely comfy and room was clean. The land they have is big with tennis courts and big pool. Unfortunately I booked with Expedia who didn’t tell me the pool was closed for refurbishment but this didn’t ruin our stay. Hotel is close to a Publix 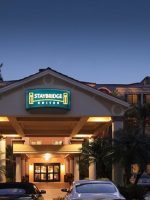 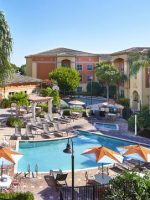 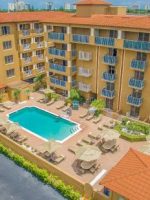 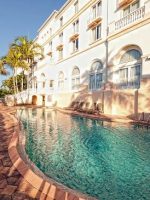