This resort’s close to 70 rooms overlook Lake Minocqua, where guests may enjoy kayaks and canoes provided by the hotel. A playground, indoor pool, grills and campfire area, as well as easy access to bike trails round out possible family activities. It’s a three-block stroll across the bridge to downtown.

My girlfriend and I stayed at this hotel and even though it is a nice place with a view, the staff at the front desk were not only non-helpful, but rather rude. Now I will say the woman at the front desk was friendly when we checked in. My girlfriend requested a 1 hour extended leave for us due to my running sound at a show the night of our stay. This resulting in my return to the hotel at 2:30 am. She was told that the request would be put into their system.

Upon my return I walked in and there was an older fellow in the office behind the front desk. He was on the computer at the time. I wanted to double check on our check out time before going to our room. The reply I received was no and was rude to the point of snapping. I was told by the rude individual that our checkout time was at the discretion of the cleaning staff. I can only assume that I must have interrupted his being on the computer.

The staff at the front desk in this “establishment “ not only gave my girlfriend false information, but are also rude. Upon checking out the woman at the front desk said it was ok for us to check out at noon. This was the same individual who an hour before told my girlfriend our request though put into their system, did not matter. We will not be staying here again. Nor will we make any suggestion for anyone else to stay here.

It's not easy to find hotels that offer 2 bedrooms in the Northwoods! Our two-bedroom, two-bath condo at The Pointe was spacious, clean and had everything we needed for our stay. The grounds are gorgeous and the resort has so many amenities: lakefront, private docks, fire pit area, grilling area, complimentary breakfast, large indoor pool, whirlpool, sauna and the list goes on. The owner, Buck, went out of his way to make us feel welcome and comfortable during our stay. Everyone was so helpful and friendly. We would never hesitate to recommend this hotel to family and friends. Five stars! We will be back! 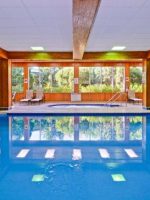 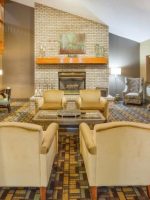 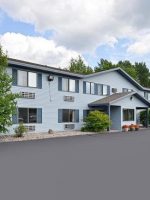