Several local restaurants are within walking distance of this hotel. Every member of the family will enjoy going to McClelland’s Critters Zoo. Some of the best fishing in the state can be found at Pike County Lake, and children will love Butter and Egg Adventures for activities such as zip lining, laser tag, and rock wall climbing. Packages are available for children as young as five. Blue Springs State Park offers more park activities including swimming and paddle boating. At the hotel, guests will love the beautiful outdoor pool and spa as well as the free breakfast. Family rooms have two double beds and accommodates up to four guests. Cribs and rollaway beds are available for larger families.

First off i was given a key to a room that wasnt clean! Not just once but several times. I had to go look for a clean room in the rain by looking in windows of rooms with the blinds pulled. I was told by front desk that housekeeping reported the rooms clean. After i, not front desk, found a room it had mold and bed bug. Never again! I tried speaking to the GM but after her dodging my calls as well as the rewards members advocate she finally took my call and was very rude and said "ill just put you on the do not rent list" and it was my pleasure! I rather sleep in my car than there. Never ever will i go back there again.

I grew up in Troy and moved away over 30 years ago. When I lived there, this particular hotel property was then the Holiday Inn and was the grand dame of Troy. This was the hotel where you went for every occasion...prom, wedding, banquets, we even went to Sunday brunch there on a regular basis. I get that years pass by, you can never go home, and things change...but the state of this property was just... depressing.

I will say...the rate was good and exactly what we needed. We were in town for a family funeral and several of us stayed at this Quality Inn. I've stayed in many Quality Inn properties and I realize it's not going to the be Ritz. I get that you get what you pay for. However, this hotel isn't doing its customers right. If you're looking to book on a weekend Troy University is playing football, because they price gouge up to an advertised rate of $156 and more. This room/hotel/property is not worth it.

The parking lot is very big with a lot of spaces, but as a handicapped person, I found it a long trek to get from the car to the door. The room numbers are confusing and the handicapped room I had requested "wasn't available" and so we took what we could. The room was clean upon appearance when entering, but the room had a "moist" feeling in the air. The air conditioner worked wonderfully well. Almost too well. It didn't always go off when it reached its temperature and we did freeze a bit. The bed was comfortable, but very very small.

There was a TV, fridge, table, two chairs, and a separate bathroom. The towels were extremely thin and not very absorbant. But again...these are things you don't always expect to be top-notch in a roadside inn like this. However, the bathroom was a disaster. Not only was the ceiling over the shower caving in, the plaster was being held in place BY the shower head. I was afraid of what might come out when I took my shower. It was fine while I was bathing, but when I turned the water off, a cascade of water came pouring out of the hole in the ceiling. Yikes! It dripped and poured the entirety of the night and when we woke up in the morning, there was water on the floor and ceiling pieces in the tub.

For some reason, none of our plugs would STAY in the wall sockets. Nothing would catch. A couple of sockets were coming off the wall and the lamp charger was the only thing that was slightly reliable.

Also, used the pool, which was an adventure. The gate opens in the thick grass and it's hard for a wheelchair or walker to get through. As an amputee, I wasn't able to easily get in and out. Also, the accessible chair that is supposed to be available to get in and out of the pool didn't work. No battery. Uncharged. Thanks for nothing. That's not ADA compliant.

We left for the day and when we came back, there were ants coming into the room FROM the hole in the bathroom ceiling. Their trail came from the opening, across the top of the bathroom, down the door and into the outer bathroom where they gathered all over the wall and counter. I called the front desk, no one answered. I went to the front desk and the girl there was on her cell phone doing something and looked up at me like I'd just spoken Farsi to her. She said she'd "tell someone." Oy!

I've attached pictures of the bathroom, the hole, and the ants. Really sloppy. Gross to stay in a room like this -- especially when this trip was for my mother's funeral. It was disgusting getting ready for the service surrounded by invading ants. (And no...we had no food or drink in the room. They came in from the ceiling.)

I know people don't have many choices of where to stay in Troy, especially during sporting events and they can buck the price up, but, honestly...from other reviews, as well, management obviously doesn't care. They're going to sell the rooms because of necessity, so why even try?

Very disappointing. A beautiful, storied hotel in the region has because a roadside flea trap. Ants, beer bottles everywhere, loud noise through the walls, water running, holes in the ceiling....ugh. Would be nice to get a refund from this horrific experience, but that would mean management cares and, like I said, it's obvious they don't. So sad and depressing. 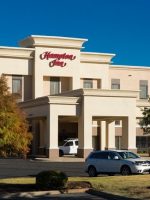