Branson, Missouri, a popular regional vacation destination just north of Arkansas, is known for its wealth of live entertainment and miles of fun attractions along the Highway 76 strip. We found plenty of additional reasons to bring our family here, including the historic downtown district and Branson Landing, as well as outdoor recreation centered around two major lakes.

The Savannah House Hotel takes advantage of another Branson asset — beautiful Ozark mountain views. When you arrive, you’re welcomed by a hillside waterfall and lovely landscaping with Adirondack lounge chairs flanking the main entrance. The lounge off the lobby is equally as cozy, with a fireplace, leather couches and plenty of tables to relax.

This two-building property, which opened about 10 years ago, offers comfortable, homespun dÃ©cor. Recent updates as of 2015 include the beds, which were replaced in 2014. It’s important to note that this 158-room hotel is only open seasonally. It’s closed in the winter months, from mid-December to mid-March.

The Skoglund family owns and operates this property, along with several other hotels and motels in Branson. Most of the guests you’ll meet are also on vacation, but the hotel has a small meeting space, so you might encounter a wedding, reunion group or small conference.

This is a 100 percent smoke-free and pet-free facility, and one of the few hotels in Branson offering a standard late check-out time of 1 p.m. There are a total of 158 rooms and six different room types. Reservations for some specialty rooms need to be arranged over the phone due to limited quantities. Adjoining rooms are available that connect double queen room to king rooms. Due to local fire regulations, rollaway beds are not allowed in any rooms, but Pack n' Plays are available to use at no charge.

The rooms are decorated in a traditional style, with a color palette of burgundy, beige and hunter green. There are attractive, modernized fittings, including granite bathroom sink countertops and tile tub surrounds. Standard room amenities include cable TV with 58 channels (including Sprout, Cartoon Network and Disney Channel), free Wi-Fi, in-room hair dryers, irons and ironing boards, mini-fridges and Oasis bath products. Some suites also have a microwave and coffeemaker.

Single King Rooms
This spacious room offers one king bed with a recliner chair or loveseat.

In-Room Jacuzzi Suite
This suite includes one bedroom with one king bed, and an in-room Jacuzzi tub, plus a separate living room and full bathroom.

King Jacuzzi Suites
This suite includes one bedroom with one king bed, a separate living room and a full bath with a Jacuzzi tub and a separate shower.

Housekeeping was excellent. Room size with two queen beds seemed small.
Shower head was leaking, faucet handles needed repair.
Strange placement for ironing board and iron in the bathroom.
Breakfast was standard, nothing special. No fresh fruit.
Nightly cobbler for our three night stay was always empty by
the time we returned in the evening, so it was not a sufficient
amount for the hotel occupancy.
Parking is okay, but not many disabled spots.

Golf weekend in the Ozarks

Travel to Branson 2-3 times per year. This was our first time to stay at The Savannah House. From the moment we checked in, the staff was extremely helpful. Comfortable beds and nice shower as well. Good breakfast and hot blackberry cobbler each night. I will stay here again someday.

Pools
There are two separate buildings with guestrooms at the Savannah House, and each has its own outdoor, no-frills swimming pool, with depths ranging from 3 to 6 feet. There are towels provided and basic furniture; there aren't any lifeguards on duty.

The pools are generally open from Memorial Day to Labor Day, depending on the weather, and are available for guest use from 10 a.m. to 10 p.m.

The Savannah House has a nearby sister property, the Camden Hotel, which has an indoor pool that guests can use when the weather isn't conducive to using the outdoor pools onsite. Towels are provided there, as well.

Dessert
From 9 to 11 p.m. every evening, free dessert is served in the lobby, timed to appeal to guests returning from shows at local theaters. There is always hot fruit cobbler, ice cream and freshly baked cookies.

Lobby Refreshments
There is free coffee and cappuccino served in the lobby, 24 hours a day.

Snacks
There are vending machines in both buildings, and a convenience store within walking distance of the property.

All About the Extras
Fitness Center
There is a 24-hour exercise room located off the main lobby with a treadmill, stationery bike and stair stepper.

Business Center
There is also a basic business center with a desk, computer, and printer.

Guest Laundry Facilities
At the Savannah House Hotel's sister property, the Camden Hotel, there are coin-operated laundry facilities that guests can use.

Check-In/Check-Out
Check-in time is 3 p.m. This is one of the few hotels in Branson offering a standard late check-out time of 1 p.m.

The Art of Smart Timing
The busiest seasons in Branson, and the highest rates of demand at this hotel, are in the summer for families and the fall for seniors and groups. There's another spike in November when many of the area theatres present holiday-themed shows.

The Savannah House Hotel, like many other smaller hotels in Branson, is not open year-round. The winter months of January through March are cold, and the icy mountain roads can get treacherous.

Getting There
Branson is primarily a regional vacation destination, and the large majority of tourists get there by car or as part of a motorcoach bus tour.

While there is the local Branson Airport, it is only serviced by one airline, Buzz Airways, which flies to Austin, Cancun, Chicago, Cincinnati, Denver, Houston and New Orleans. The closest major airport is the Springfield-Branson National Airport, about an hour away by car. There are several rental car companies based at the airport. There are also local transportation companies, such as Ryde with Us and The Branson Loop, which will take you to the airport for approximately $50 per person.

Getting Around
There is not a lot within walking distance of this property, so you will need to drive to a restaurant for lunch and dinner. You need a car to get around Branson in general, but most visitors drive there anyway, or are part of a motorcoach group. There are taxi services and a few local private shuttle services if you want to leave the driving to someone else.

Driving around Branson, particularly along Highway 76, can be slow-going during high season due to traffic volume. There are three time-saver routes -- Red, Yellow and Blue -- that bypass the highway. The Savannah House Hotel is located on the Red route on the Shepherd of the Hills Expressway.

For Mom and Dad
There are no babysitting services offered here, but there is plenty of nightlife in Branson, particularly the live shows, with musicians, comedians, magicians and acrobats. From the Savannah House Hotel, you can walk to the Sight & Sound Theatres, which focuses on Christian-themed programming. 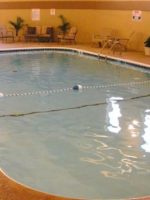 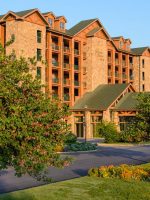 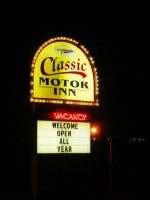 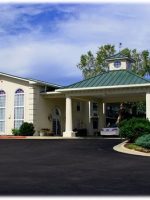 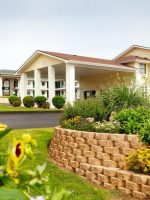