Sheraton Atlantic City Convention Center is a nice spot for families with children to stay. Points of interest include the Atlantic City Aquarium and Gillian’s Wonderland Pier. This 4-star hotel has 502 suites, a nearby golf course, fitness center and swimming pool. Sheraton Atlantic City Convention Center dining options include onsite restaurant and room service. Dock’s Oyster House, Tony Boloney’s and Hoopers Seafood Cafe are all kid-friendly eateries that are good and are near the hotel.

Free breakfast !! That’s what I was offered after being told that my room had been canceled. When I showed my confirmation of a day before, I was told it was from a third-party. And that I would have to call them. I was treated like a second rate citizen because I used a site other than Marriott! I wonder how many people use TripAdvisor, Expedia, Priceline, hotels.com, etc., when making a reservation, I think this is pretty common! But I got no help at all from Marriott employees.However it turned out, That I did have a reservation. One that had never been canceled and that this was all Mariotts mistake ! I found out by myself after making a phone call after phone call and getting help from my third party. They had great customer service. No one at Mariott apologized. They acted like nothing it happened. They even said , “oh there’s your reservation. You’re golden!”
I don’t know what I would’ve done that night without my third-party helping me. I was so distraught. And a free breakfast could not begin to make up for the way I was treated. I thought Marriott stood behind customer service. Apparently that is not true.

First off let me start by saying front desk customer service was great. My mom is a retired Marriott associate and forgot her lifetime membership card in order to receive a reduced membership rate. They helped by providing a fax number so I could have membership services fax over a copy of her card.

We had a great stay until we woke up on the day of check out and found a bedbug on the bed! Upon inspecting the sheets we found blood stains! We freaked out and checked every item of clothing we had to make sure we didn’t carry any home. As I went to give my 8 year old son a bath, I noticed blood on his underwear. He was bit while sleeping! We notified the housekeeper as we quickly checked out and she didn’t seem the least bit surprised! We will not be returning! 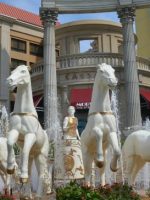 The Claridge – a Radisson Hotel 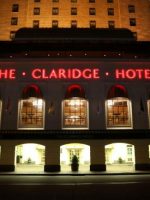 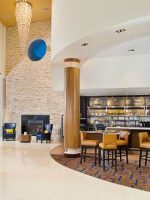 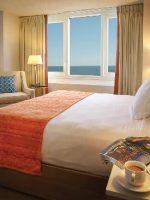 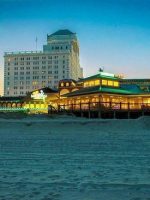 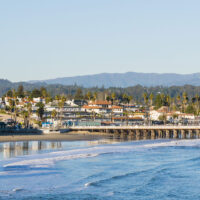