The Sheraton Resort and Spa is surrounded by swaying palm trees, pristine white sand beaches, and the warm waters of the South Pacific. Island Family suites are available, with or without plunge pools, and accommodate four guests. The Flying Fish Tokoriki restaurant provides a wide array of menu options and also offers a traditional Fijian buffet throughout the day. Diners can also eat at two other restaurants, a bar, and a cafÃ© at the resort. The resort provides tons of arts and crafts programs for the whole family. Kids will enjoy collecting shells and watching movies at the island cinema.

Worth the travel, peaceful and remote

Not sure where to start..........the welcome provided by the staff was very warming, Hassle free check in, the rooms were great. Highly suggest upgrading to the pool suite, the view is breathtaking. Beautiful shower.

Food choices are very limited and dinner was served cold only complaint. A bit expensive, highly recommend shopping for food/snacks to keep in your room before leaving Denarau. The reef is beautiful for snorkeling. Words can't describe how beautiful this property is. I would definitely revisit.

So the resort looks great in photos, but so much was wrong with it. I'll start with the check-in hiccups. When I arrived via South Sea Cruises, my room was not ready. I waited by relaxing at the poolside bar, and was told about an hour later that my room was available. I was led to my room, which I realised did not have its own plunge pool, though I had booked a room with one. Clarified this with reception, who then told me to wait again at the pool bar, which I did for the next half-hour. When I finally got to the correct room, I realised that it had not been properly cleaned. This was evidenced by the fecal matter that stuck to the underside of my toilet seat (see photo). At night, I would further discover that the pillowcases on my pillows were in fact also not clean, and had stains from the previous guest (see photo). I will say that though I had indeed booked a room with a plunge pool, it really was, on hindsight, not really worth the money. It was small, and more a gimmick than anything. Due to a lack of proper separation between villas, I saw other guests traipsing around my pool area just to check out what the plunge pool villas looked like.

The hotel also has a massive problem with accommodating guests in its dining establishments. Although I had asked the front desk to make a reservation at its grill restaurant for a certain time, when I got there at that time, I was told that many other guests had booked for that time as well, and that I should wait while they got my table ready at the pool bar. As I observed that there was a large table of 8 or so that was not occupied, I assumed that they were going to split this table up into smaller tables so as to accommodate the still-unseated guests that had booked for that time. I was wrong. I would find out another 20min later that that table of 8 had been filled, and the restaurant was intending to let me wait until someone finished their dinner. This is unacceptable. I don't see what's so terribly difficult about a restaurant not accepting reservations that they know they can't accommodate. It really shows the poor coordination of a supposed five-star resort, and I don't think I'll be returning. 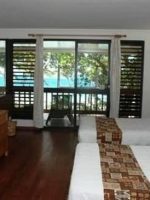 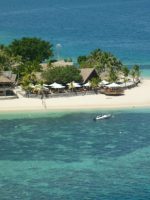 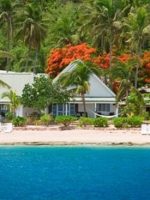 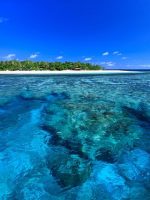 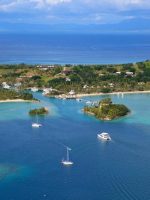