Sirenis Cocotal is in a coconut grove on the beach at Uvero Alto. Guests stay in rooms and suites at the resort. The Club Family Suite showcases a large balcony, living room with sofa bed and two flat-screen televisions with video game systems. Standard amenities in all rooms include air conditioning and furnished balconies. Ten restaurants are located on the complex with just about any type of cuisine, from Mexican to Japanese. All-inclusive rates cover buffet meals and two a la carte meals per week. A Mini-Market is also onsite.

The Mini Club provides supervised activities for children between the ages of 4 and 12. The program takes place on the playground, in the two kiddie pools or at the game room. Archery, dance lessons, tennis and rifle shooting is available for adults. Nightly entertainment shows are provided for everyone. Water sports and scuba diving lessons are also offered at Sirenis. An onsite spa offers a range of body therapy, massage and treatments.

Weather absolutely perfect, amazing beach
Resort massive, lots to do
Food good always found something and I’m quite picky
Service need some improvement if it comes to setting tables in buffet and serving drinks would be ideal if they put self serving drink machines so ppl can just do it themselves instead of waiting for staff as it gets busy
If it comes to bar service amazing quick lots to choose from
Reception they could improve communication in English coz it was a bit annoying they couldn’t understand in English
Animation team Spaghetti was my child’s favourite one. he would always smile and chat to everyone whether they adults or child
Room service very good always done our beds and always had fresh towels and other toiletries
So overall we had fabulous holiday don’t let the bad reviews ruin your holiday if you go with positive attitude and ask the staff for help they definitely try to do everything they can to improve there is few of staff members that I didn’t find very friendly but you’ll get that everywhere you go now days you’ll pick your favourite ones and stick with them

Not a 5 Star Resort

We were worried about the hotel prior to our holiday, based on recent reviews. I wouldn’t say it was as terrible as some of those, but when you book a 5-star hotel you expect a certain standard. The hotel fell well below this.

The first, and overarching MAIN issue - cleanliness. The first room (3001) we were given smelled of mould - not just a little bit, but a lot! The toilet seat was stained, to the point where it couldn’t be wiped off. We requested a room change and received this the next day.

On the face of it, our new room (2215) faired much better. However after a few days our opinion changed. Our shower was never cleaned, our bed sheets were never changed and the floor was disgusting - we had to wear socks or flip flops around the room, otherwise our feet turned black!

The second issue was with the housekeeping in general. On some days we returned to the room to find either:

We had to constantly find a cleaner and ask for what was missing. In addition to the towels, it was a lottery as to how many bottles of water would be restocked on any given day. We also drank the cans of Heineken from the minibar on the first day in the room - these were not replaced for the rest of our stay. Just a thought for a management to consider - I’d think Heineken as an import, would be much more expensive than stocking the minibar with Presidente (local beer). Why not use those instead of Heineken to cut costs, rather than refuse to restock the minibar? Granted, housekeeping did a nice job for my fiancée’s 30th birthday with balloons etc., but it would be better if they concentrated on getting the cleaning and general service aspects correct first.

The third main issue with the hotel was the constant selling culture. The concierge, whilst friendly, were always pushing the members breakfast where they try to get you to become a member - we did not attend. But what was more incredible - for a “5-star” hotel, was the constant stream of excursions representatives around the pool and on the beach walking up and interrupting you to try and sell parasailing or snorkelling. This should not happen, even at a 4-star establishment.

Issues aside, the rest of the hotel was okay. The beach was brilliant, with a nice breeze to keep you cool. The general customer service was welcoming. The restaurants were very much hit and miss. For dinner, the Japanese, Mediterranean and Mexican restaurants were good. The Italian was one of the worst I’ve tried - some of the starters were not replenished at the buffet for over 45 minutes, despite being empty. The American was average.

Overall, we managed to make the most of our holiday, but the hotel did not live up to the 5-star standards at all. 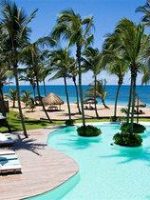 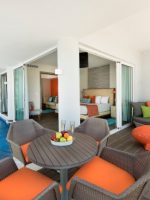 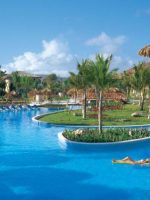 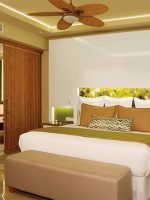 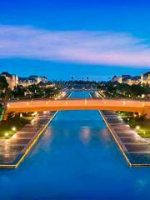