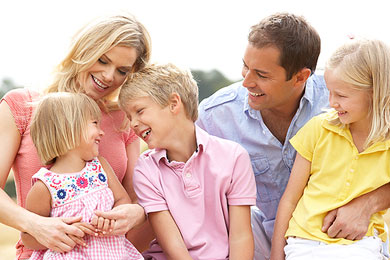 Deciding where to go for your next family vacation? Often it’s the most popular destinations — from mega theme parks to world-famous beach towns — that come to mind first. It’s tempting to pick a familiar place and just go with what you know, but do this and you could be missing out on some fantastic, less crowded and more affordable destinations.

There are plenty of wonderful places that you might not have heard of or perhaps don’t know much about that are worth a plane ride or a long drive. Our advice? Beat the crowds, save money and take some more unique vacation photos by forgoing the over-visited touristy places for some quieter, more off-the-radar locales. Here are five of our favorite alternatives to some of the most popular family vacation spots:

Instead of the Grand Canyon, Try Bryce Canyon 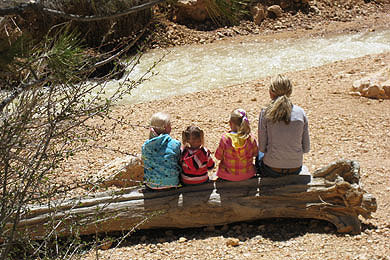 The Grand Canyon is an iconic national treasure and a great spot for an unforgettable family vacation. But during spring, summer and early fall, heavy crowds clog the more popular canyon trails, and rates at local hotels rise steeply. A less-traveled alternative to this popular destination? Bryce Canyon National Park, which is just a few hours’ drive south of the Grand Canyon. Located in Utah, Bryce Canyon offers fewer crowds during high season in addition to a wealth of family-friendly trails, activities and accommodations.

Bryce Canyon receives just 1.5 million visitors annually; compare this to Grand Canyon National Park’s 5 million visitors per year. Bryce’s landscape is vastly different from the Grand Canyon’s sweeping vistas, but there are a few similarities between the two parks. Both are part of the Grand Staircase, a geological region in the Southwest that also includes Zion National Park, and both offer unique, gorgeous landscapes. At Bryce, you won’t see mile-deep crimson canyons, but you will find thousands of wacky-looking red and orange “hoodoos,” large rock formations that twist toward the sky like jagged fingers. Bryce also boasts world-class stargazing conditions (on a clear night, it’s possible to see more than 7,000 stars) and many gentle hiking trails that are appropriate for families with young children. 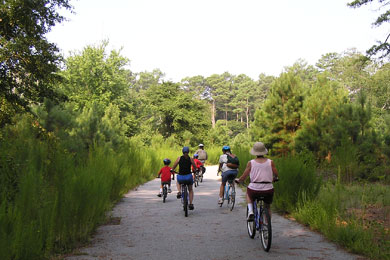 Assateague is best known for its majestic wild horses. Roughly 150 wild horses freely wander the island’s pretty, peaceful shores. Spend your time observing the horses, biking along paved paths, shell collecting, swimming and enjoying the island’s many miles of beaches (there are more than 37 miles of soft white-sand beaches). You won’t find hotels on Assateague, but families who wish to spend the night are welcome to camp in tents, trailers or recreational vehicles in the Maryland section of the park. (Camping is not permitted in the section of the park that lies within Virginia state lines.) There’s no destination quite like Disney World, but as any family who’s planned a trip to see the land of the Mouse knows, a Disney World vacation can be extremely expensive; this is especially true if you live in the Midwest (or farther west) and need to purchase a handful of plane tickets to cart the kids to Florida. Instead, try the “Water Park Capital of the World,” Wisconsin Dells for all-season fun, rides and attractions.

Wisconsin Dells is just a few hours’ drive from many major Midwest metropolitan areas; less than four hours’ drive from Chicago, Cedar Rapids and Minneapolis/St. Paul, and it isn’t called the “Water Park Capital of the World” for nothing! There are 21 full-size indoor and outdoor water parks in town — it has the highest concentration of water parks on the planet. (That’s, ahem, more water parks than you’ll find in Disney World.) In addition to the wet and wild parks, Wisconsin Dells offers tons of unique, fun family attractions including more than 300 mini-golf courses and a world-famous water ski show.

Instead of the Big Island, Try Lana’i Hawaii’s Big Island — home to Hawaii Volcanoes National Park (a World Heritage Site) and miles upon miles of colorful beaches, is a wonderful family vacation destination. Each Hawaiian Island has its own distinct personality, and Big Island offers families the chance to enjoy urban pursuits in Honolulu while venturing out to pristine beaches and wild national parkland for some quite time amidst nature. But if the main goal of your trip is to enjoy a serene retreat from everyday life, consider traveling to Lana’i. It’s Hawaii’s smallest island, and attracts far fewer tourists than its neighbor, the Big Island.

Lana’i’s intimate setting is evident — there are no traffic lights, shopping centers, clogged highways or major attractions on the island. In fact, beyond a few resorts (many of which are family-friendly and quite affordable), there are little signs of modern industry on the peaceful atoll. Nature rules on Lana’i. So what’s a family to do there? Besides enjoying breathtaking natural landscapes and 18 miles of quiet beaches, families can whale watch, snorkel, SCUBA, ride horses, and when you need to get back to civilization for a spell, visit Lanai City, a historic plantation town. Fort Lauderdale is a big blip on the vacation radar for millions of travelers. The city’s a major cruise port, a beach resort haven and a paradise for foodies. Fort Lauderdale’s got a lot going on, but unless you’re headed to “the Venice of America” during low season (summer), you’ll find that Fort Lauderdale’s got a lot of tourists, too. Roughly 10 million people visit the city annually. To experience the more charming, laid-back, southern side of Florida, head to a quiet gem in the northern part of the state: Amelia Island. The beautiful barrier island rests near Georgia, about two and a half hours’ drive from Savannah. (The closest major hub is Jacksonville International Airport.)

What’s on Amelia Island? A delightful Victorian town, Fernandina Beach — 13 miles of clean, shell-covered beaches that are rarely crowded, a seaport, countless majestic oak trees and several pristine state parks. What’s not there? Millions of tourists. And Amelia Island has a handful of resorts that are wonderful for families and offer affordable rates. (Check out our Amelia Island resorts for ideas on where to stay.) 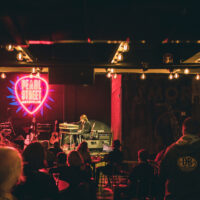 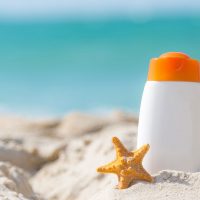