The SpringHill Suites Florence offers everything your family needs for a comfortable and convenient stay in Florence, South Carolina: complimentary breakfast, an indoor pool and free Wi-Fi. The hotel also has a fitness center. Guestrooms are noticeably spacious, with one king or two queen beds in each; larger suites offer king beds and sofa beds. All rooms feature mini-fridges, microwaves and coffeemakers.

We stayed for a night on our way farther south and had a very nice time. We were placed in a newly renovated room and it was very nice. The new decor was pleasant and everything was clean and tidy. The front desk team was especially friendly and helpful! The breakfast spread was one of the best we’ve seen at a Marriott property and we stay in them almost exclusively. We didn’t have time for the pool/whirlpool but they looked lovely. We would definitely stay here again!

Very disappointed this time around

We stayed at Springhill Inn and Suites in Florence, S.C. this past weekend so that we could attend the Cypress Festival in Pamplico and Hannah Pamplico's Homecoming Game and Tailgating. A hotel that we have stayed in 2 to 3 times on average per year dating back to 2008 or 2009 around the time that Fran Allen,who has since moved to sales, was there and the general Manager who had a little boy with blonde hair who would come in to see her on Sunday after church with his grandparents, her name eludes me right now but she left there and went to Residence Inn for a short while and by the way that is how the two hotels became my two favorites because the people were switchincing back and forth but the quality of treatment never changed. We were not aware of the construction that was taking place at the hotel until our arrival. It was said to have been limited to the 4th floor (NOT TRUE). The young lady at the desk was very nice and accomodating however the room was no where near up to par rm 206 . The carpet was dirty and the couch was stained in several places. We asked to be moved and were moved to rm 219 which was a nightmare. To keep it short the noise was so bad that you litterally could not hear the person sitting next to you. The sound vibrated your eardrums as well as your body. I complained to Faith and basically was told that I was made aware of it when I got there and I could have opted to go elsewhere although Marriott has a 48 hour cancellation clause which I obviously had exceeded that time line. When I called back and spoke with the manager Josiah Lovett I was basically told the same thing, he refused to refund any part of my stay and also told me that the people at the 1 800 # for Marriott were a 3rd party company could not be trusted. Bottom line he was only interested in keeping money coming into the hotel and meeting the construction deadline. I was told to expect noise from 7a.m. to 7p.m. The only compassion I received from anyone other than Dean from the corporate office was a young man named Troy who experienced the noise first hand when I called the front desk and he could not hear me at all, he was genuinely concerned and advised us to followup with management. If we return to Springhill Inn and Suites while Mr. Lovett is still there it will be solely because of the treatment that we received from Troy and the two young ladies who worked in the kitchen during this past weekend whom we love and visit with everytime we stay there.

The Best Ski Resorts for Families 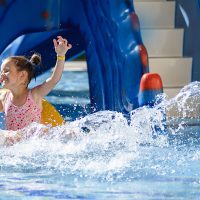 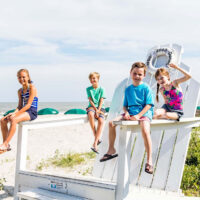