Thirty Thirty is a chic, European-style hotel between Gramercy Park and Murray Hill neighborhoods. The hotel is a few blocks from Madison Park in Midtown. More than 250 guest rooms and suites feature Egyptian-cotton sheets, down comforters, air-conditioning and bath accessories. High-speed Internet is provided for a surcharge and safes are large enough to fit laptops. Zana’s Cafe serves Mediterranean and Italian dishes that offer seafood, pasta and meaty delicacies; sidewalk seating is available. Even four-legged family members can come on vacation as Thirty Thirty is a pet-friendly hotel.

10 of my girlfriends and I came to New York for a 30th birthday party and we stayed at the Redbury. We cannot say enough about this hotel. From the great location, comfortable rooms, trendy lobby, the amazing staff, great happy hour as well as the complimentary coffee in the morning! We loved every minute of our stay and thank the Redbury staff for being so accommodating and wonderful! We will all be back and will always recommend this hotel to friends and family!!

A lot to improve

Stayed here for a couple of nights on a business trip.

Let's start with the negatives. The large central AC units which regulate the temperature of all the rooms could be heard constantly; you never got silence in the rooms, but instead a constant hum coming from the machines. This was by far the worst of all things, given that the very least you'd expect out of a hotel room is some silence. Secondly, the breakfast was very poor; so much in fact that we had to eat breakfast outside the hotel every day. From a 4 star hotel in NYC, you'd expect a lot better. In addition, the windows in the room were broken and you couldn't open to let some fresh air in the room. There were issues even with the cleaning service - the cleaners wouldn't replace small shampoo and showel gel bottles when they came to clean the rooms.

The positives were that the rooms were medium - large sized. And that the staff were friendly and supportive wherever they could be, when something was asked of them. Nevertheless, unfortunately due to the negative aspects, I wouldn't come back to stay here again. 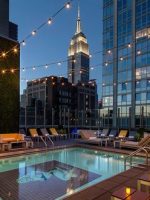 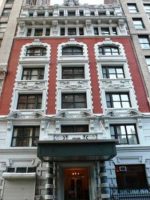 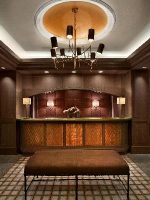 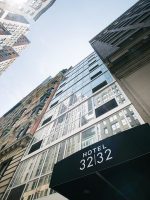