Looking for a stop-over hotel during your travels through Wyoming and/or South Dakota? Consider overnighting at the Town House Motel in Lusk. The hotel makes a good home base for family visits to Mount Rushmore and the Crazy Horse Memorial in South Dakota. Onsite perks include free continental breakfast, a laundry room, outdoor picnic area with grills and free Wi-Fi. Pets are welcome, too! Guestrooms are equipped with one, two or three queens, the latter a perfect option for families. Mini-fridges and microwaves are also available in all rooms.

.We started out our great adventure with a string of unfortunate events. Hours late getting started, they scheduled our rental car pickup for the wrong day so there was no car when we got there (and none available) so we had to drive an hour south to pick up our car to go north!
All that being said, we were finally on the road hours later than anticipated. Our original plan was to drive as far as Lusk, Wy,,
Heading through the middle of Wyoming in the middle of the night is NOT the time to find out you have no lodgings! We got on Google and started calling around. Either the hotels were full or no one answered the phone.
When I called Town House, not only did I get an answer. but she was very friendly told us there was a room at a very reasonable price and whenever we arrived just go straight to our room (which she would leave open wtih the key in the room) and we could check in in the morning.
What a life saver! And as an added bonus, the room was lovely. It was clean, smelled good, appeared to have been recently renovated and the beds were nice with crisp linens. The towels were plentiful and soft. It was everything I would hope for in a hotel.
If you're traveling through Lusk, this is definitely the place to stay.
If I had to say anything negative, it would be that the shower head was too low, but that's the only complaint so I think we accidentally found a gold mine!

A Comfortable Place to stay in Lusk, WY

Shannon is very accommodating and eager to make your stay pleasant. I work in the hotel room all day and it's important to have plenty of space. The microwave and refrigerator worked great. The room does not have a hair dryer, but I was prepared prior to the trip. I loved sitting on the porch and watching the traffic go by, very peaceful. There is yummy popcorn in the lobby for your enjoyment. Thank you Shannon for a nice stay in Lusk, WY. 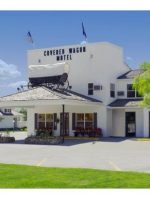 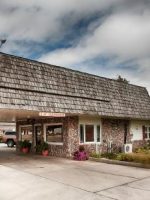 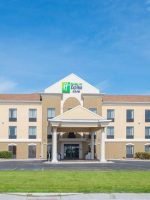