The Wesley Hotel Conference Venue offers guests a centrally located home base for their London adventures. Public transit and a number of attractions like the British Library, London Zoo and Russell Square are within walking distance of the hotel’s location. Executive Suites offer accommodations for between two and four people and are an excellent option for family use. Free cribs and complimentary Wi-Fi are amenities for families provided by the hotel. Guests may enjoy breakfast, lunch or dinner at the onsite Savannah Restaurant. Children’s menus are available upon request.

We booked into this hotel whilst attending a conference. Yes there is building work at Euston station which isn't the hotels fault. Hotel was,clean and just what we needed for a good night sleep. We had a slight issue with a "rattling" from within the panneling of the wall (maybe my OCD,) mentioned to staff on the reception desk and immediately offered another room which was equally as nice and made for a good night sleep. Breakfast was perfect good choice and served with a smile and very helpful and reasonably priced. Can't fault this hotel and when I visit London Euston again would book without hesitation. Well done Wesley hotel and conference and thank you for a very pleasant stay.

We chose this hotel for our visit in October because of the great location and it’s Eco-friendly reputation. As we were visiting from the States, we didn’t know about major construction going on right out front (according to BBC News, it will likely be ongoing for years). Our room was forward facing, so we dealt with near constant construction noise as early as 8AM and some evenings until 9PM. Exhausted after several weeks of travel, we hoped to rest a bit but were often unable due to all the noise. To say it was “loud” is an understatement; several mornings while getting ready we could hardly hear each other while planning the day. It’s worth noting the rooms are quite small and walls are very thin. We were awoken several times over the weekend between 3-5AM by guests slamming doors and shouting to one another down the hall, speaking loudly on the phone, etc..

We also had issues with our AC unit and were told by the front desk they tend to keep temperatures regulated and would need to have someone come set it to where we would be able to actually control the temp. It would have been nice to know it required some sort of special tinkering before we both woke up sweating multiple times through the night.

I was pretty unimpressed with the hotel's condition: Carpets in many areas seemed in desperate need of replacing, built up mold on tile grout and where the wall and ceiling met in areas of the bathroom, and the walls/baseboards (especially in hallways) could use some deep cleaning and a fresh coat of paint. We try not to be too nit-picky about cleanliness when traveling abroad, but found some of this to be pretty off-putting.

What we enjoyed: Again, the location is great and I appreciate the environmentally conscious way of maintaining the hotel. We also enjoyed the hotel restaurant; they had very good food available for room service. Hotel staff was friendly enough on the few encounters we had with them, and the restaurant staff was very welcoming.

Upon checking out, we were asked if we had a great stay. We politely mentioned the construction and noise disrupting our trip/sleep, and the gentleman offered a shrug and replied, “Well, yes, I see you did have a room on the front side. Aside from all that, was everything else okay?” I was surprised by his apathy and lack of care for guests providing feedback upon being asked. He said if I had called to ask whether we’d encounter construction they would have mentioned it, but they don’t notify guests before checking in. The overall lack of concern for our experience and policy to not inform guests of the major construction (nor their offering anything to mitigate this disruption) was very disappointing. We never asked for any special treatment, but we answered honestly with how it impacted our stay and were brushed aside, as many others have also mentioned when voicing various complaints.

Ironically, the hotel where we stayed when last in London offered several food/drink vouchers for the pub and future hotel discounts immediately at check-in due to nearby construction, despite it never disrupting our stay in any way. We primarily chose The Wesley as we wanted to easily explore another area of London, but we should have returned to the other hotel we knew valued their guests. We very rarely, if ever, complain, but I was very disappointed with our experience at The Wesley. We've learned our lesson and will warn friends/family traveling through London about the lackluster customer care at this hotel. 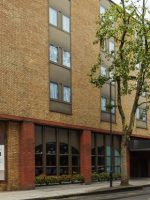 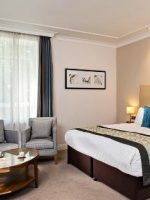 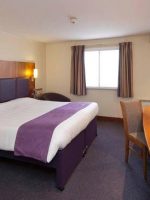 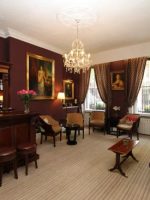 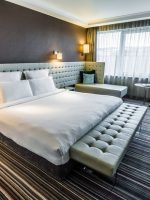 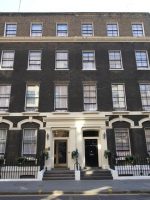