The settings in some movies are so beautiful, they’ve inspired us to travel and experience them ourselves, as if we were Harry Potter, or Kevin McCallister, or everyone’s favorite, Ferris Bueller. Walk in the footsteps of your favorite characters with a visit to one of these destinations. 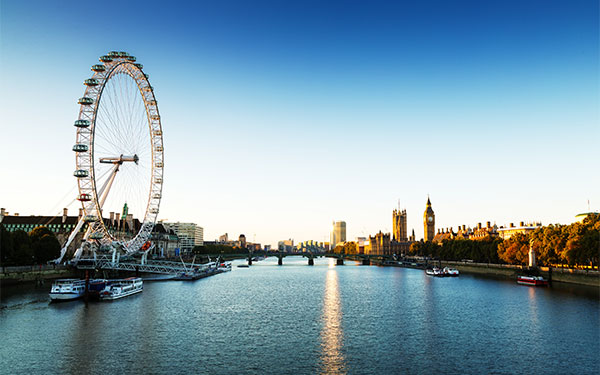 London
A timeless classic, “Mary Poppins” garnered a nomination for Best Picture in 1965. Julie Andrews and Dick Van Dyke took us on an adventure around London (though the movie was actually filmed at Walt Disney Studios in Burbank, California), and your family can do the same. Watch the Changing of the Guards at Buckingham Palace; take a spin on the London Eye; witness one of the world’s largest and most beautiful draw bridges in action; “feed the birds” in front of the National Gallery and ride the carousel in Hyde Park. Of course, you can also explore Harry Potter’s England in and around London, too. 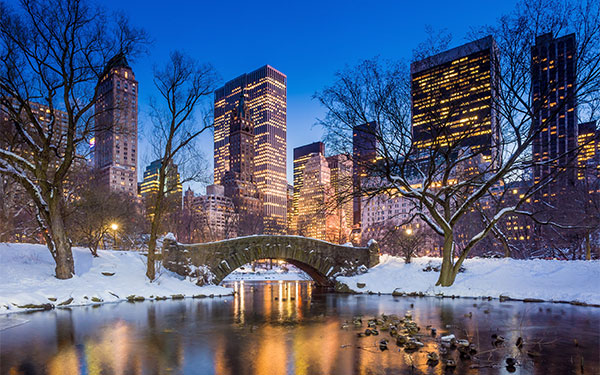 New York City
When Tom Hanks makes a wish to be “Big,” every kid can relate. And when he moves to New York City and gets to furnish his apartment with video games, bunk beds and toys galore, we all wish we had a Zoltar machine. “Big” made FAO Schwarz one of the world’s most famous toy stores with just one floor piano scene. Take the kids to the Big Apple and let them discover the giant toy store for themselves, and then follow in the footsteps of another icon, Kevin McCallister, with visits to Central Park and the Christmas Tree at Rockefeller Center. For the ultimate experience, stay at The Plaza Hotel and order from the room service menu like Kevin did in “Home Alone II!” Don’t forget to visit the American Museum of Natural History either (“Night at the Museum”). 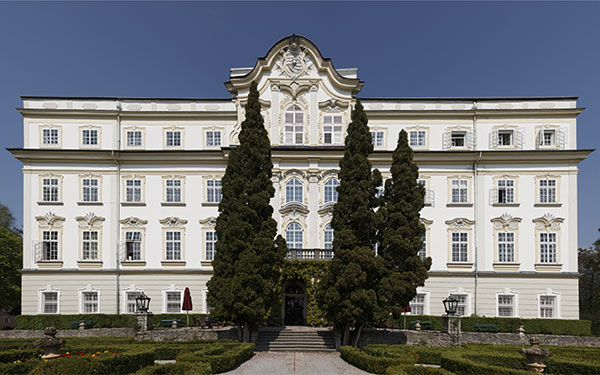 Salzburg
“The hills are alive” in Austria’s beautiful city of Salzburg, thanks in part to the musical masterpiece that earned an Academy Award for Best Picture in 1966. Follow in governess Maria’s footsteps and traverse the city’s fortress, Mirabell Palace and Gardens, and Residenz Square and Fountain. Visit St. Peter’s Cemetery (located within the fortress), where the Von Trapp family hides out in “The Sound of Music.” Although Leopoldskron Palace (filmed as the Von Trapp home) is privately owned, it’s worth a visit and a family photo. Consider a tour with Salzburg Panorama Tours to see all the film’s famous sights. 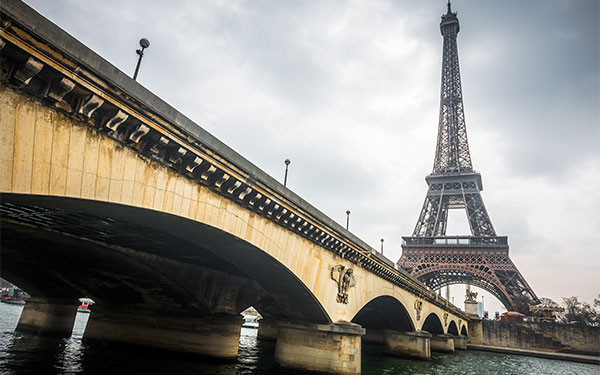 Paris
“Ratatouille” centers around a would-be chef and a rat who create culinary masterpieces in Paris. For families, children of all ages marvel at the Eiffel Tower and Arc de Triomphe. Older kids (even those who hate museums) cannot help but be in awe at the Louvre as they stand beneath the Winged Victory and see the Mona Lisa. And who doesn’t love patisseries that serve up world-famous crepes and croissant au chocolate? 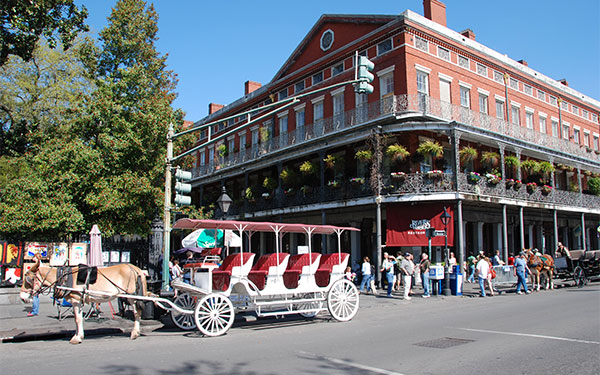 New Orleans
Disney’s “The Princess and the Frog” brings kids through the Bayous of Louisiana and the jazz-packed city of New Orleans. Consider the French Quarter’s Audubon Aquarium of the Americas, a ride upon the old-fashioned Natchez Riverboat and powdered, sugar-coated beignets at Cafe du Monde (nevermind the sugarcoated floor — it cannot be helped)! Music fills the air and kids are encouraged to dance, while street performers are always on hand with balloon animals and caricature portraits. 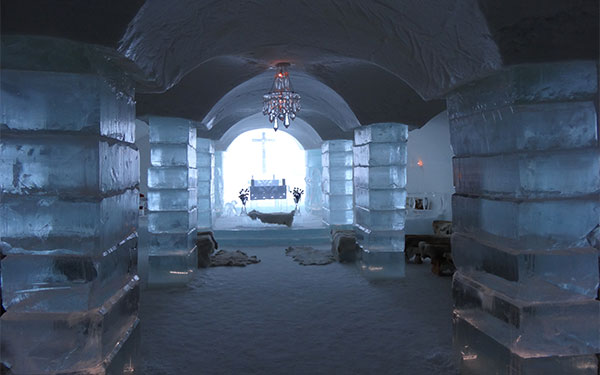 Norway
With the popularity of “Frozen,” we can’t help but consider a trip to Norway (especially now that Disney Cruise Line is traveling there). Adventures by Disney also has a program in Norway, with visits to Bergen (the inspiration for Arendelle), explorations in fjord country, rafting adventures and more. 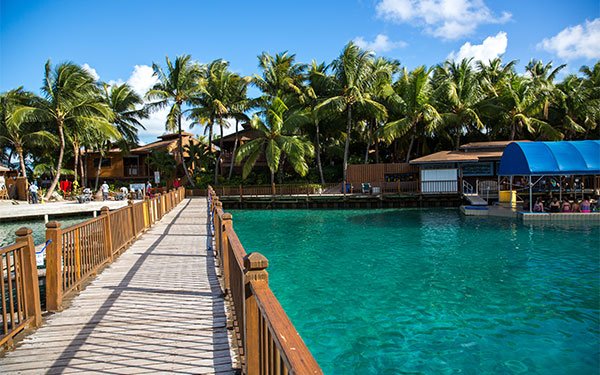 Bahamas
Parts of “Pirates of the Caribbean” (“Dead Man’s Chest” and “At World’s End”) were filmed in the Bahamas. You can visit a replica pirate ship or explore Pirates of Nassau Museum. Also in Nassau, along with Freeport, families can swim with dolphins, wind surf, kite surf and splash in the azure blue ocean waters. Arrrgh! 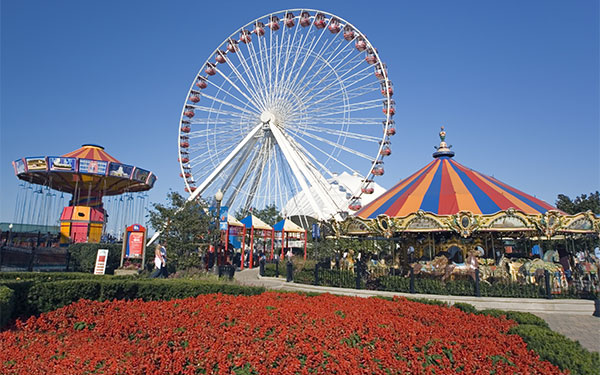 Chicago
Whether you saw the original release of the film or the kids have caught it on numerous TV repeats, “Ferris Bueller’s Day Off” remains a classic as the ultimate “skip day.” When Ferris and his friends cut school, they have fun in Chicago, taking in a Cubs game at Wrigley Field, visiting the Chicago Museum of Art and catching a parade down Michigan Avenue, otherwise known as Miracle Mile. Follow the path Ferris took, and add a few stops along the way, including a ride on the Navy Pier’s Ferris Wheel and a visit to the flagship American Girl Place. 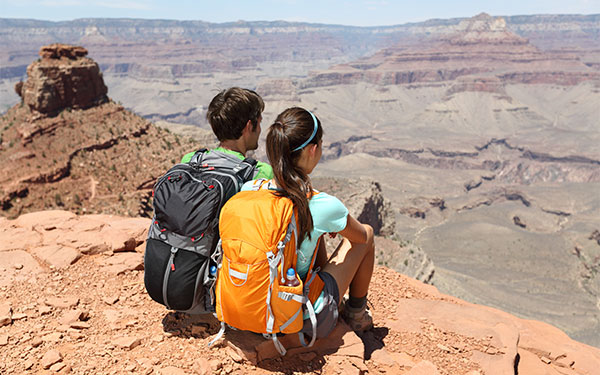 Grand Canyon
In the 1983 comedy “National Lampoon’s Vacation,” Clark W. Griswold and his clan embark on the ultimate rite of passage: the family vacation by car. Leaving their home in the Chicago suburbs, they head west to California’s “Wally World” (actually based on Six Flags Magic Mountain in Los Angeles). Among the many sites they discover en route, the drive through the Arizona desert and “pit stop” at the Grand Canyon may be some of the more memorable scenes. You can enjoy the same trip, minus the wet sandwiches, money-grubbing relatives, car crashes, and swimming pool fiascos by making your own pilgrimage to this national park. 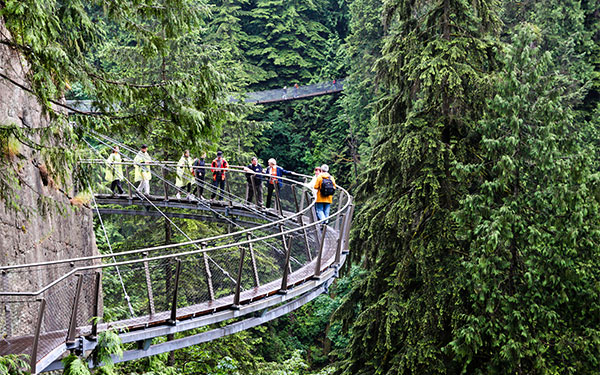 Vancouver
If you’re a “Twihard,” you’ve definitely considered visiting Vancouver. How could you not, with such beautiful scenery featured in the famous film saga? Popular attractions for photos include the homes of Bella, Jacob, and of course, the Cullens. Several “Twilight”-themed tours are also available (and you can even design them to follow in the steps of your favorite characters). 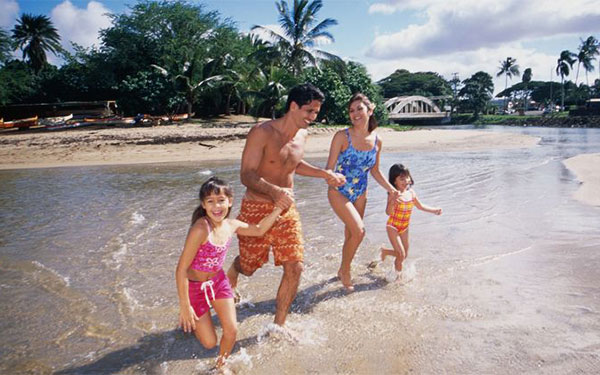 Hawaii
Oahu is home to Bethany Hamilton — the girl who lost her left arm in a shark attack while surfing — and kids who admire her strength and courage can visit some of the places where the autobiographical “Soul Surfer” was filmed. When done sightseeing in Oahu, hop over to Kauai where the first animated feature to take place on any of the Hawaiian Islands is set. This is where a beloved alien named Stitch meets a loveable girl named Lilo in “Lilo & Stitch.” 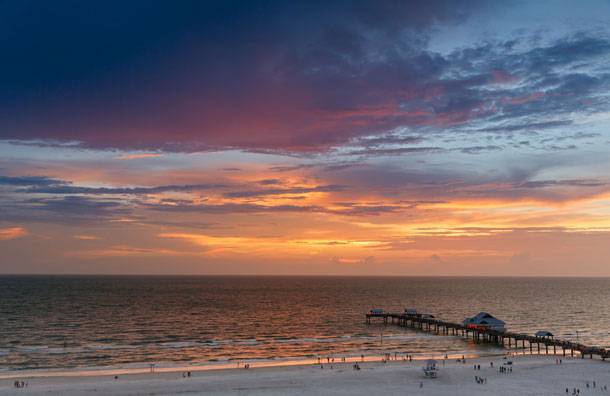 Clearwater, Fla.
Both “Dolphin Tale” and “Dolphin Tale 2” — movies about a young boy and his one-of-a-kind friendship with a tail-less dolphin — take place in the always-sunny Clearwater, Florida, a perfect destination for traveling families. Become acquainted with the dolphins at the Clearwater Marine Aquarium, including Winter, Hope and Nicholas, and meander around the town in general to get a better sense of what these movies are all about.