This lakefront all-inclusive resort with a private beach for guests is a great choice for families. Located right in town, its 170 rooms range from traditional queen rooms to two-bedroom units and suites with full kitchens that will save families money on meals out. Stand-alone cabins with kitchens and fireplaces are also available. Be sure to check for specials.

I arrived at dusk and only stayed one night. It was a very convenient location as I was riding the Lady of the Lake to Stehekin in the morning. My room was very nice, the bed comfortable, and clean bathroom. The sunset was lovely from my little balcony. The location was also convenient to walk down the street to Stormy Mountain Brewing. I hope to return and enjoy the beach and property more.

Lunch in the Pub

After a wonderful morning and afternoon at the local wineries, we stopped into Campbell's for a late lunch. It was recommended by one of the locals and first impressions were favorable. Everything related to the food went downhill from there. I ordered a pizza. It was served cool (not cold, but definitely not hot) on a square flatbread kind of thing. The sauce was from a can (think Hunt's tomato sauce) with some cheese under a heaping pile of fake parmesean cheese. It was barely edible. My wife had steak taquitos (small taco's) and there were no better (cool and not very good). The truffle chips were greasy and only a few were properly cooked (crispy). These were also covered with a mound of fake parmesean cheese. They, to put it mildly, were not worth the calories. Which brings me to the tater tots. Yes, we tried them in an effort to bring back childhood memories. Once again, cool, not hot. Spicy sauce that came with them was runny and not very good. Overall, it was $36 bucks for the worst meal we had on vacation. Granted, maybe the cook and staff was having a bad day, but if you cannot cook tater tots well, you had best give up the apron and pick grapes.

GrandView On The Lake 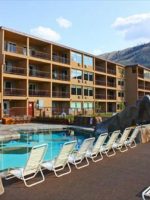 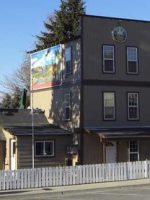 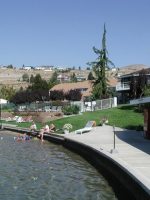 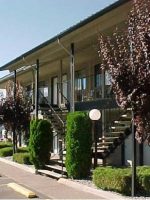 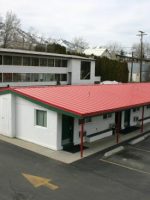 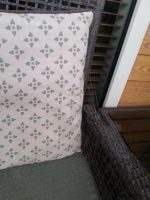