There’s a colonial feel to this splendid Sentosa property spread across 30 acres with views of the South China Sea. The accommodations range from standard hotel rooms and suites to villas with private plunge pools and “manors” with outdoor living spaces and private full-size pools. There’s a stunning outdoor pool for all guests to enjoy, and the spa has such highlights as an herbal steam room and experience showers.

We have been several times in Singapore and usually stay "on the main land" as we did at the beginning of our long trip. But to end it we spent 6 nights in this fabulous hotel. It is simply magnificant. The breakfast is to die for (Vicky, one of the many waiters is delightful and does not know what to do to please!). All kinds of food are served: English, French, Chinese, Japanese, Indian. A very difficult choice every morning. At tea time you can enjoy a cup of tea with lovely cake served by Leila, also delightful. There is a mini bus which can take you every half an hour to a huge shopping center 1/4h away. This fabulous hotel also have several restaurants and Bob's bar/lounge to enjoy a peaceful drink before dinner with superb views. All in all a place to recommend!!

Birthday celebration for my husbas

I have mixed feelings about the property and this location. I held my ROM at Cassia last year and hence have nostalgic feelings about this place. It was my husband’s birthday hence I decided a getaway from the main island was needed. Given we had just celebrated our wedding anniversary at The Ritz, I thought it would be a good contrast, and boy was it a contrast...

First off the pros-
- the service at the restaurants was impeccable. Polite and helpful
- food and drinks are very good at all the restaurants
- the environment is hard to beat - it is a very tranquil place to stay

The negatives-
Customer service and rooms are not up to snuff.

- the rooms look tired and not well maintained. There were scuff marks on the walls, our settee where you overlook the magnificent view had a huge white stain patch which we had to ask housekeeping to put a sheet over otherwise was too gross to sit on (something I don’t expect from a six star hotel)

- when we walked into the rooms, there was a strange smell. The lady who showed us to the room mentioned she would send someone with an air freshener. We went to The Library to relax in the meantime. When we went back to the room an hr later, room smelled just as stale so we called the front desk again. An hour and a half, and five phone calls later, no one from housekeeping came with this illusive air freshener. It was my husband’s birthday celebration and he was extremely upset at this point. Five phone calls and five different “Culturists” that told him someone from housekeeping was coming. Finally someone did after the fifth call— to do the turndown service (that’s how late it was - we checked in at 330).

- service was slow. Checking in was an unusually slow process. I found the service polite, perfunctory but without warmth or sincerity... a culturist had called me prior to my visit to inquire if I was checking in for a special occasion and I mentioned it was to celebrate my husband’s birthday; however, during my time there they forgot to give the complimentary cake until I called to remind them (after five calls of having housekeeping come to the room). There was zero initiative taken despite the special occasion.

- checking out - the system was broken, which again was unusual for a high end establishment. When the lady finally called to run through the charges with me, she missed out on the perks I had when booking the hotel. When she asked me how my stay was, again it was for the sake of asking rather than really knowing about how my experience was. When I explained how there was a hiccup with housekeeping, she responded quickly with a sorry and that it wouldn’t happen again without me finishing my story. Again, fake hospitality....

It’s hard not to contrast the experience with the Ritz where the rooms are just as old (if not older ) but the service was impeccable.

That being said I’m truly disappointed with the service I received at the Capella and maybe more training needs to be given to what it means to really be a Culturist at the Capella as it felt like a 3 star hotel masquerading to be a 5/6 star. Or maybe they are used to people booking fancier rooms and spending more attention on those folks? 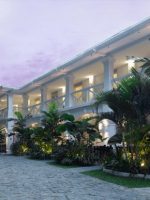 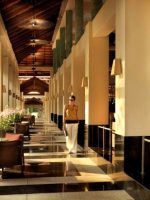 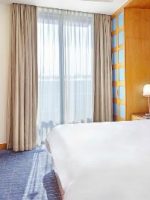 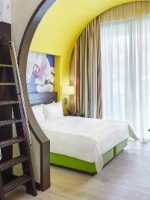 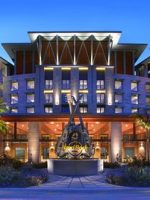