Memorable views of the beach are the backdrop to exquisite accommodations at Casa Artista Bali in Seminyak. Modern design is harmoniously combined with luxurious comfort and unprecedented service in the relaxation spa suite room, which can be linked with the innovation room to create a spacious two-bedroom unit for large families. Comprising a bedroom, living room, swimming pool, bathroom, terrace with open shower, and a private garden, this spacious accommodation is furnished with a refrigerator, Wi-Fi, complimentary bottled water, satellite television, and a minibar. The resort also offers free daily breakfast in the lobby or the privacy of the veranda/balcony. Along with its beautiful accommodations, another major highlight of the property is its Friday night tango lessons.

The hotel seems quite modern and stylish at first glance, but to our disappointment, the room was run down with everything from mould and grime, and poor upkeep.

The bathroom floor was dirty, and the shower did not work, even after the hotel had tried to fix it. We tried to fix it ourselves , as it stopped working in the middle of the night, by unscrewing the shower head, and so much dirt came out of it.. and the smell.. very disappointing indeed. Then my friend had a shower, and probably because of the dampness in the bathroom after the shower, the lights went out with a bang, and left the whole room without electricity, so left us in complete darkness.

Furthermore, the water from the tap and shower was so disgusting, I did not even want to shower the morning of the check out. I think it was salt water, but there was something else going on with it... We boiled it to see what it was, and something white gathered on the surface of the boiled water.. really disgusting.

Additionally, they started doing construction work on the floor straight above us at just before 10 in the morning. The utter stupidity of doing so completely baffled us, but we took it with a good laugh.

On the positive side, the two women we meet in the reception were nice enough.

Would not recommend this hotel to anyone but my worst enemy. A complete disappointment.

We stayed 7 days at ground floor room of hotel. We liked a lot breakfast service to veranda of room . Hotel design is pretty nice and standards rooms are quite comfortable but if you are cleanly person , I do not recommend you to stay here since we have experienced a lot strain on towels, covers and sheets. Also time to time there is stench at bathroom which might come from drain system.

Location is not bad and hotel staff is pretty friendly & helpful. But street which is used as route to reach hotel from seminyak beach is not comfortable due to narrow, dark street. I recommend you to rent a motorbike. 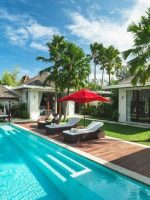 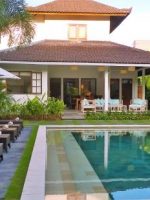 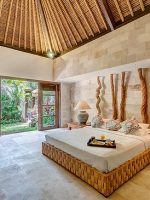 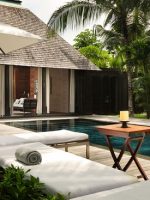 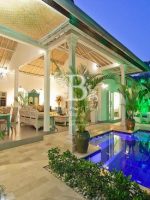