Coco Palm, located in central Rodney Bay, is a short walk to Reduit beach. Family suites feature an additional room, bay windows and luxury baths. Teens will go wild for the “Swim Up Room” units, which present a swimming pool right off your patio. Don’t let the two onsite restaurants’, Lil Cafe and Ti Bananne (meaning “small banana”), names fool you. They do big food! Cuisines range from West Indian, Creole and French. With the beach right down the road (complimentary shuttle service is provided), there’s a lot to do in and out of the water, including water sports, sailing and snorkeling.

We were put up at the Coco Palm by Air Canada because our flight out was cancelled.

The rooms were decently clean, and the beds were comfortable enough. Just two bath towels in a room with two double beds. the shower was a bit odd, with a half wall separating it from the rest of the bathroom, instead of any door or curtain.

Food at the restaurant was just ok, not great. The takeaway breakfast choices were either a tuna sandwich or cheese sandwich, so we passed on that option.

The staff were well prepared for the last-minute arrival of a busload of travellers sent from the airport, and were courteous.

Having just spent a week at a different resort that was truly spectacular with luxury accommodations, the Coco Palm was something of a contrast.

Been there on more than one occasion but only for dinner. The staff are amazing. The menu had great variety but it all depends on what interest you at the table. Evening wasn't bad although we felt that the food could have been tastier.
After all taste is relative. 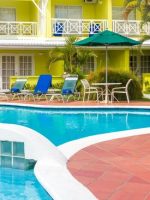 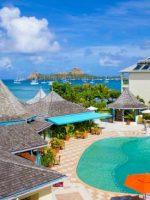 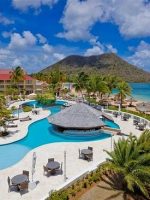 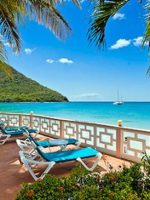 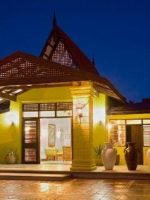 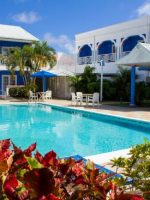