Featuring a lazy river and a waterslide, the Delton Oaks Resort is a fantastic option for families due to the variety of nearby activities and the size of the available rooms. The resort features traditional hotel rooms as well as lakeside houses and villas for larger groups. Houses with two and three bedrooms are available. Most of the houses feature their own kitchenettes. Deluxe Junior Suites at the hotel are able to sleep up to four guests. Kid-friendly amenities include free Wi-Fi access, a playground, a kiddie pool and an outdoor seasonal pool. Guests of the hotel are granted complimentary access to the nearby Noah’s Ark Waterpark. Other nearby attractions include the Rick Wilcox Magic Theater, the Tommy Bartlett Exploratory, the Mt. Olympus Water Theme Park and the Crystal Grand Music Theater.

So much relaxation and peace!

This is by far one of my favorite places to stay in Wisconsin Dells! It is walking distance from Noah's Arc and other attractions which makes it so easy when traveling with children. The rooms were clean, comfortable and extremely accommodating! Our trip was so relaxing and peaceful, that I can't wait to come back. I got to meet the family that owns it now and they are just great people. I definitely recommend staying here!

I treated my son, daughter-in-law and grand-children to a 2 night stay at Delton Oaks Resort at a cost of over $1,300.00. The cottage we had is suppose to hold 10 people. There were 6 of us. It lacked a lot of the necessities that should be provided. There were not enough dishes or pans to cook with. We had to go to the office to request pans to cook with plus utensils to use on the grill plus a lighter. There weren't any dish towels or pot holders. There was a closet but no hangers in the bedroom I used. The only place I had to hang any clothes was the 2 hooks on the wall. No clock in the place. There was no towel bar in the bathroom thus wet towels had to be draped over the shower rod or hung out on the sun porch. The paint was peeling off the windowsill in the shower. The bathroom is extremely small. Take 1 step in and there is the toilet, take another step and there is the sink and 1 more step and there is the shower. The only place for a group to eat is the sun porch. The kitchen area had a table that would possibly sit 3 people. The dishwasher did not work thus we ended up doing dishes by hand. The counter had to be lifted up to use the controls. We were told it is a new unit. Maybe if the unit had not been pushed in so far and the controls were visible, it would have worked. Also, providing instructions on how to use it would have helped. When this reservation was made, the unit was not visible online since they said they were updating their website. Now I am wondering if this was the case or they did not want to show what the place was like. We did request a partial refund from the owner of the resort. He offered to give us a $100.00 credit to use the next time we go there. We were not in agreement with that since we do not plan on going there again. Since my daughter-in-law made the reservation, she asked for a partial adjustment on her credit credit. The owner declined the request. Do yourself a favor if you decide to stay by Lake Delton by staying at another resort. There are a lot of resorts on the lake. You may have to pay a little more but it will be worth the money. 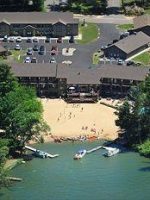 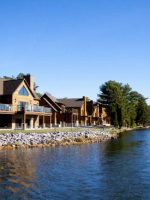 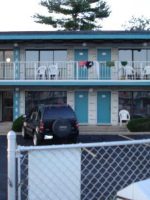 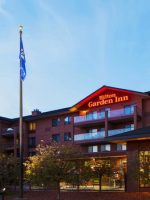 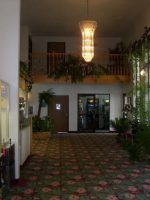 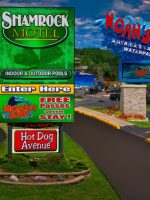 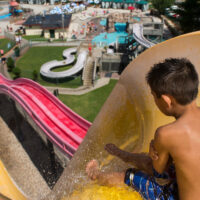