This 10-story hotel offers mini suites and family units, along with standard queen- and king-sized rooms. All guestrooms have mini refrigerators and free Wi-Fi. The hotel provides a complimentary breakfast, and there is a restaurant and lounge on-property. Your family will enjoy the indoor pool and hot tub, a fitness center and a game room.

We booked this hotel just to try another place in Branson. The location is great BUT be prepared to climb a lot of stairs. The main parking is on the back of the hotel on a huge slope and a lot of stairs. The lobby is also on the lower level which is on the back of the hotel. To get into the hotel from the back from the drive up you still have to climb stairs with your luggage to then fight non-powered doors. There is an option to unload on the front with a more manageable access but you still have to ride the elevator down to the lower level and get your room key and then drive around to park in the main lot as the front lot is mostly handicap and fills up quickly if non handicap.

The room we were in was not on the same wall as the elevator but we heard it running all night long.

The first night they put me in a room on 8 that was directly under the restaurant kitchen, where they prepare breakfast for the whole hotel. And they start around 3 am so I got to lay awake listening to the sound of big carts rolling overhead every two minutes or so. I called down to the front to find out what it was and when it would stop, and Mike the night clerk rudely informed me they were making breakfast and there's nothing they could do. It wasn't so much what he said but how he said it, very impolite and unprofessional,as if I was totally out of line for wanting to sleep.

But the GM did work with me when I spoke to him about it, which I appreciated. That should have been the end of it but nope! The next day I was really tired and I lost my credit card and room key. I cancelled my card and got another key. I went to bed Saturday night, happy the room was great so far, well...

At 1 am my room phone rings and it's Mike! He says they found my credit card and stuff, and something about coming down. I said thank you and hung up, I was fast asleep so a little out of it.

I'd cancelled the card and had another room key and I thought it was weird he'd want me down there that time of night and wanted to go back to sleep. But minutes later guess what? It rings again, it's Mike and yes I am mad. This time he says since I won't come down he'll just give my card to the guy who found it to spend at Wal Mart.

Well I am awake now. I went down to the lobby pajamas and all because I've had it with this bully. Any other hotel clerk would offer to put them in safe until I could get down there. He was totally out of line.

I truly appreciate the young man who found my cards and turned them in. I don't think Mike would have treated me that way if my husband had been with me. Shame on him and shame on the hotel for allowing an employee to behave this way. 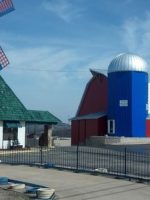 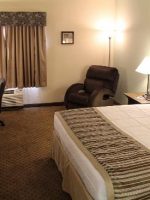 Clarion Hotel at the Palace 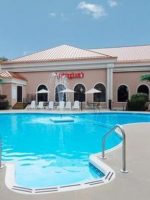 Quality Inn On the Strip 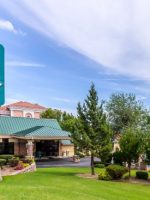 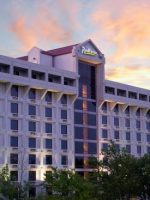